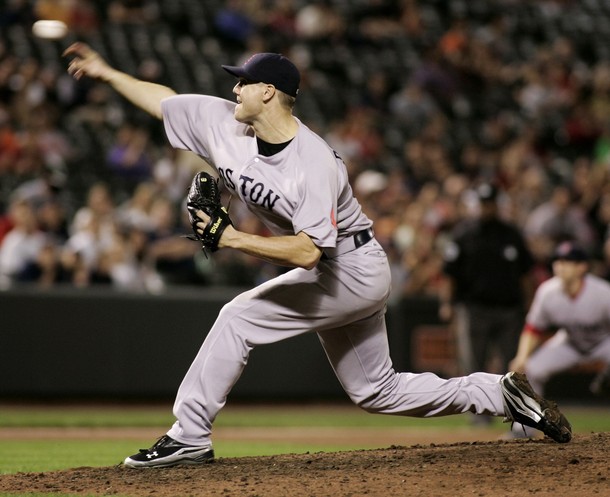 On Friday night, the Phillies made their first major move of the offseason, signing free agent closer Jonathan Papelbon to a four-year contract worth about $50 million. The 30-year old was 4-1 with a 2.94 ERA and made 31 saves in 34 opportunities. In his career, he has an ERA of 2.33 with 219 saves. Ruben Amaro wanted a proven closer on the roster, and he got one.

There are a lot of things to digest and analyze after this signing. First, the signing of Papelbon means that the Phillies will be saying goodbye to former closer Ryan Madson. Madson finished the 2011 season with a 4-2 record with a 2.37 ERA, and 32 saves in 34 chances. He has been one of the top relievers in baseball since he began to flourish as a setup man in 2008.

There are several factors that may have made Papelbon more attractive to the Phillies than Madson. The righthander has been a top closer since 2006, and if Amaro was going to give a reliever a lucrative contract, it needed to be a man that the team could be completely confident in. While Madson finally proved last season that he could be a successful closer in the major leagues, he had only done it for one season. If he suddenly regressed into his ninth inning form from 2009 and 2010, the team would be in trouble. The Phillies may have felt that Papelbon was the safer option to give the big contract to.

There have been some concerns over the amount of money and the length of the contract that the Phillies gave to Papelbon. I don’t see any issue with the contract. A closer may be the most important player on a baseball team. It doesn’t matter how well a starting pitcher performs or how many runs the offense drives in if the man pitching the ninth inning can’t consistently be counted on to get the job done. As long as Papelbon stays true to the form he has displayed throughout his Boston career, he’ll be well worth the investment.