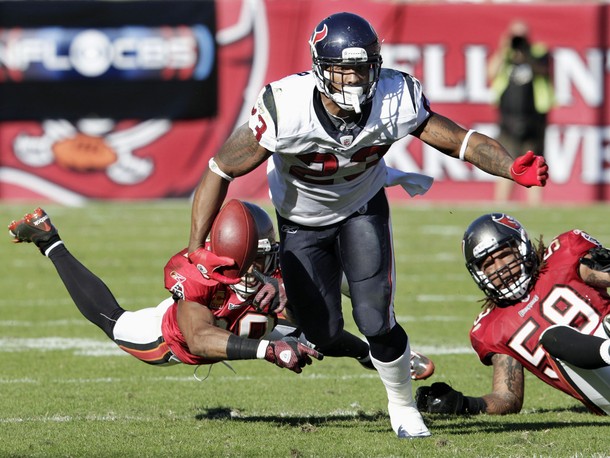 The Bears, who many said were done after their loss to he Lions, have proved many of the critics wrong with their four game winning streak. The Bears defense looks as physical as ever, and Jay Cutler is flourishing in Mike Martz’s offense. The critics also said that the Patriots were done after they lost the Steelers. They showed on Sunday Night that they are far superior to the Jets. Brady showed why many say he is the best in the business.

In turn, the Eagles season is pretty much over after a loss to John Skelton and the lowly Cardinals on Sunday. I’ve never seen such a huge collection of talent, yet the players don’t fit together. The NFL is  fight to the end, and the bell has already rung on the Eagles season.

10.  Giants- Giants played with the 49ers, but couldn’t win it in the end. Even with a tough road ahead, I have more confidence in them because of Eli Manning’s play.

11.  Bengals- Just like the Giants, played with the Steelers, but couldn’t win it in the end. All is not lost, they are still in a good position to make the playoffs

12.  Falcons– Don’t like Mike Smith’s decision to go for it on 4th down in overtime, but I do get why he did it. Titans come in off a win, but I expect the Flacons to rebound, especially at home.

13. Raiders- Carson Palmer looked like his old self in San Diego, and their defensive line dominated the line of scrimmage all night. They now are division favorites.

14. Jets- Mark Sanchez played erratic, and the Jets D had no answer for the Patriots offense. Going to Denver on a short week will be a tough test.

15. Cowboys- Dominated the Bills, and in the process showed why the NFC East is a two-division race.

16. Chargers- Phillip Rivers still isn’t himself, and even better is that the Chargers get to travel to Chicago to face a Bears team that is on a winning streak. Good Luck.

17.  Titans- Dominated the Panthers on the road, and because of Matt Schaub’s injury could creep into the AFC South race. Still Sorry Nashville, I doubt it.

18. Bills- The Bills are at a crossroads. They started fast, but have lost consecutive games by wide-margins. Their defense looks soft, and their offense limited.

19.  Broncos- Tim Tebow only completed two passes, but that’s all he needed behind the Broncos aggressive Defense and their down-hill running game.

20.  Chiefs-Their winning streak was against teams that just flat out aren’t good, and they caught the Chargers at their worst. What I’m saying is that they are average at best.

21.  Bucs- I question their effort, and the leadership of Raheem Morris after the Bucs got spanked at home. Just way too inconsistent.

22.  Eagles-Cant believe what I saw on Sunday from the Eagles. Michael Vick, despite broken ribs, looked like the old Michael Vick who left the pocket early and was very inaccurate. Also didn’t help that DeSean Jackson was out, and that Andy Reid refused to run the ball in the 4th Quarter again. The defense played decent for much of the game, until the 4th Quarter, when it counts. I also don’t get why Nnamdi Asomugha wasn’t on Larry Fitzgerald the WHOLE game. Starting to look like Andy Reid’s last straw.

23.  Seahawks- Seattle is always a tough place to win, especially when the Seahawk play to their opponent. The Ravens were yet another victim of the 12th man.

24.  Cardinals-John Skelton stepped up when it counted, and the Cardinals are now 2-0 this year when he starts. However, don’t give up on Kevin Kolb just yet. Give him time.

25.  Jaguars-Beat the Colts on Sunday, and Blaine Gabbert continues to grow. However, Jack Del Rio may not be safe in January.

26.  Redskins- Offense continues to be one of the worst in football, but give it time. It should help whenever they acquire their franchise QB.

27.  Panthers-The Panthers need to play better on defense for them to take the next step. A offseason priority must be to improve their secondary, especially with the division they are in.

28.  Dolphins- Dolphins are still playing hard, and now they have wins to show for it. Unfortunately, their dreams of selecting Andrew Luck are over.

30.  Browns- The Browns offense still cant score points in any way, and that is a huge problem, especially n today’s NFL that favors offenses tremendously.

31.  Vikings- Christian Ponder is still growing, and playing well. However, besides from the beast that is Jared Allen, their defense is horrible.

32.  Colts-No way any team catches the Colts, who now with ten losses have pretty much secured the #1 overall pick and Andrew Luck.