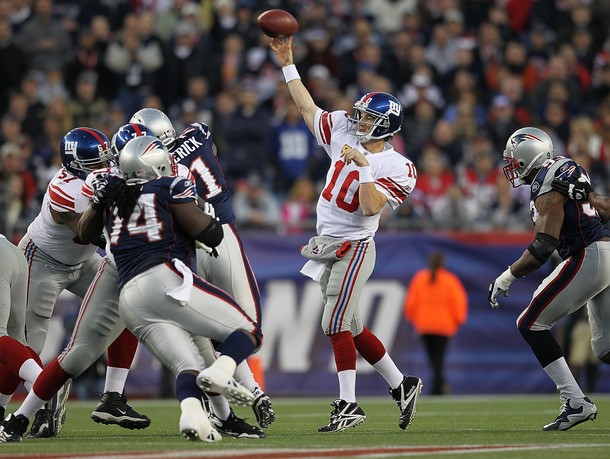 It’s all NFC East in this week’s picks.  The Redskins host the Cowboys and the Giants host the Eagles.  It’s a big week for everybody because wins and losses in the division are huge.

Dallas and Washington will set the table for what will be a huge Sunday within the NFC East. This will be the second meeting between these two division rivals this season as the Cowboys beat the skins by a score of 18-16 in week three. The Skins come into this one struggling. Washington has lost five straight and has really struggled from an offensive standpoint. Their defense however has been a constant all season and the Skins do a lot of really good things on that side of the football.

They give up a little under twenty points per game, and they also have a very feared pass rush led by Brian Orakpo and Ryan Kerrigan off the edge. Dallas has a pretty good defense though as well, and these two football teams usually play each other very close and very tough. Dallas is only 1-3 straight up on the road this year and seven points is a lot to lay on the road, especially in an NFC East match up.

The Cowboys will also be without Miles Austin and Mike Jenkins in this one. I feel that Miles Austin is a very important piece in the Dallas offense and they will miss him in a game like this. The Redskins defense should be able to keep it close and give them a chance to win it in the fourth quarter. Take the skins getting seven at home.

The Eagles and Giants will face each other on national television Sunday night as both teams are coming off losses last week. The Eagles have been the biggest disappointment in the NFL this year and there doesn’t seem to be a whole lot of light at the end of the tunnel. The Giants went into Philadelphia in week three and stole a win on the road as the Eagles blew another fourth quarter lead.

Bad fourth quarters have plagued the Eagles this season as they blew another lead in the fourth quarter to to Arizona last week. The Eagles look like a team that simply doesn’t know how to win. The art of winning won’t get any easier for the birds this week as they will have to go on the road without Jeremy Maclin and starting quarterback Mike Vick. It looks like Vince Young will get the start Sunday night and without Jeremy Maclin the Eagles offense could be in trouble.

The Giants have a very good front four and could feast on the the Eagles backup who has not made a start all year. Andy Reid should probably run the football this week to try and keep it close, but once the Eagles get behind I doubt Reid will actually stick with it. The Giants will be without Bradshaw again this week but they have been able to move the football without him in recent weeks due to the play of Eli Manning. I’m not a huge Eli fan but he is playing what is arguably the best football of his career. Lay the points with the G men in this one.

A Tale Of Two Flyers’ Defenses