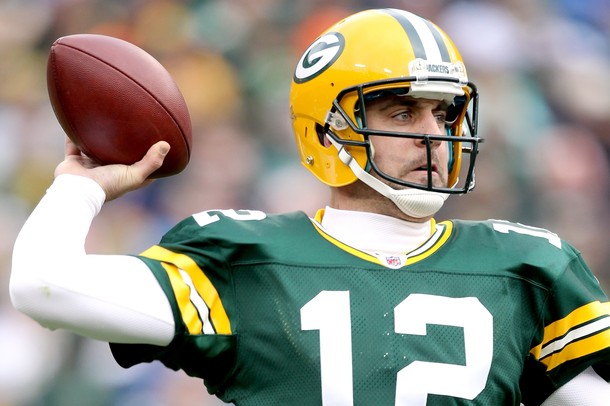 Another Week, another win from Tim Tebow in the Broncos NFL version of spread offense. I highly doubt that this will work in the long run, but its good enough to work in the short-term. Tebow struggled during the game, but led an amazing game-winning drive where he had the Jets defense on their heels. The Broncos defense also has played amazing, which is the real reason for their winning streak. The Broncos moved up four spots in the

Power Rankings, and are currently one game back in the AFC West behind the Raiders. They head to San Diego and face the struggling Chargers, which should prove to be one of Tebow’s toughest tests yet.

Unlike the Broncos, the Bills have faded down the stretch. Starting off 4-1, the Bills even beat the Patriots and many were talking about the Bills in the playoffs. What a difference a few weeks makes! The Bills have been blown out in consecutive games and many are questioning the huge contract extension the Bills gave Ryan Fitzpatrick; but its not all to blame. They have been decimated by injuries on defense, and the Bills don’t boast a dynamic offense. Fred Jackson has cooled off, and the Bills don’t have many weapons around him. Bills fans should start thinking about next year.

10.  Falcons-Got back on track against the Titans, and have another easy home game when the Vikings come to town. Still, nothing about this team jumps out to me.

11.  Bengals- Fought tough against the Ravens, and almost tied the game. I was yet again impressed by the leadership of a young Andy Dalton, especially on the road against a really physical defense.

12.  Cowboys- Lucked out in Washington, and took advantage of Graham Gano’s missed FG in overtime. Tony Romo is playing well, but the play of Rob Ryan’s defense is a cause for concern.

13.  Giants- Were out-matched physically at home by the Eagles. The offensive line couldn’t protect Eli Manning, and the secondary couldn’t match up against the Eagles receivers. If they play this way again, good luck against the Saints.

14.  Raiders- Nice win on the road for an Oakland team that continues to get better with Carson Palmer at the helm. They welcome the Cutler-less Bears into the Black Hole on Sunday.

15.  Broncos-Tim Tebow didn’t look good all game, but led a historic drive to give the Broncos the win. Their defense continues to pound people, and Von Miller has shown flashes of greatness that make the Broncos look really smart for picking him.

16.  Jets- The Jets dropped their second straight and fall to 5-5 and have some soul-searching to do. Mark Sanchez must improve for this team to make the playoffs.

17.  Titans- Matt Hasselbeck hurt his elbow in a loss, but in a bright spot, Jake Locker played really well in relief. He was accurate, and was effective in moving around in the pocket.

18.  Chargers- The Chargers looked better in a loss, but are in need of a win after dropping 5 straight. To stay in contention, they must beat the Tebow led Broncos on Sunday.

19.  Eagles-The Eagles with their season hanging in the balance, answered the bell against the Giants on Sunday. Vince Young led a memorable 9 minute, game-winning drive that saved the Eagles season. He is about as clutch as they get. Juan Castillo and the Eagles defense also deserves a tremendous amount of credit. They didn’t miss a beat, and got pressure on Eli all night. Tough game at home upcoming, as the Patriots come in with their dynamic offense.

20.  Bucs- Have been stomped on recently, but showed some toughness keeping up with the Packers on Sunday. Way too inconsistent, and must re-gain some toughness to challenge in the NFC South next year.

21.  Bills- Have collapsed ever since their fast start, even losing to the Dolphins on Sunday, who blew them out. Still, future looks bright.

22.  Chiefs- Dropped another loss on MNF, against a familiar team, the Patriots. My question is: How do they get two primetime games in a row? The NFL should be able to flex out of bad MNF games.

23.  Seahawks- The Seahawks are on a quiet two game winning streak, and they have played more as a cohesive unit. Even though it was a win over the Rams, the Seahawks may be the second best team in the NFC West.

24.  Dolphins- Stomped on the Bills at home for their third straight win. Their defense is finally playing tough and Reggie Bush has found new life in his new role in the Dolphins offense.

25.  Browns- Still bad on offense, the Browns found a way to win against the Jaguars. The “Madden curse” has hurt them, missing Peyton Hillis for much of the season.

26.  Cardinals- People that were clamoring for John Skelton were crazy last week, and Sunday’s blowout loss to the 49ers proved it. Kevin Kolb just needs to time to get comfortable in their system.

27.  Jaguars- Lost a heart breaker to the Browns, where the Jaguars couldn’t score to with the game on the line. They lack weapons on offense, and should look that way at the top of next Aprils’ Draft.

28.  Panthers- Cam Newton has a ton of potential, but he needs to play better, even though he almost beat the Lions on the road. More at fault is the Defense, who is missing one of the league’ best LBs in Jon Beason.

29.  Redskins-Fought hard at home, and even Rex Grossman came in the clutch, before Graham Gano missed what would have been the game winning FG. Must give the Skins some credit this week.

30.  Vikings- Ponder has looked better, but this team can’t get anywhere if it is always playing from behind. The Vikings must rebuild their defense, and secondary before even thinking about competing in the NFC North

31.  Rams-Sam Bradford has not played the part so far this year, but to his credit, Josh McDaniels Offense is a hard one to learn. However, they have had some winnable games on their schedule. The Rams defense also lacks a good corner, which is something that they must have in today’s NFL to be successful.

32.  Colts- No Colts last week because of a bye, which is a big relief for anyone who watches them because they are just straight horrible with out #18. He will be back next year, but will just have another job: mentoring a young QB.