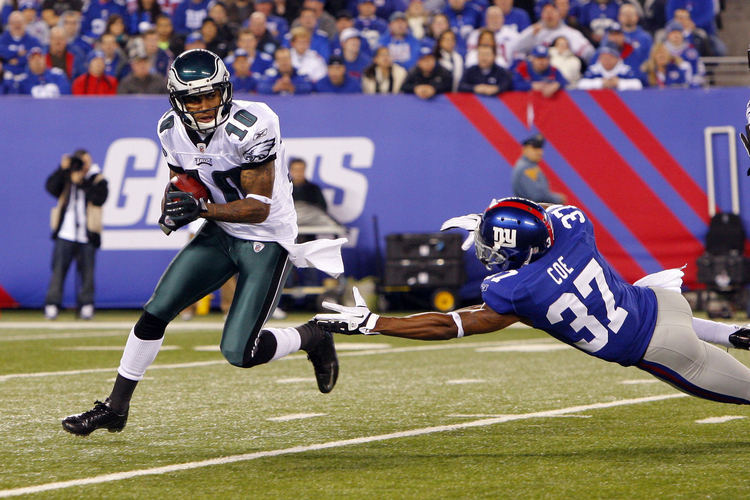 As Philadelphia fans have learned this season, you can have all the talent in the world.  However, if all that talent doesn’t combine into a single, cohesive unit, you’ll simply only have talent and nothing else to show for it.

Look at the New York Rangers of the early 2000’s.  They had literally all the talent in the NHL.  Eric Lindros, Pavel Bure, Petr Nedved, Theoren Fleury, and Brian Leetch were all part of the team from 2001-2003.  At that point in time, each of those players were considered the elite of the National Hockey League.

Take a guess of how many times they made the playoffs.

For those two seasons after the Rangers traded for Lindros, the team simply never became a single unit.  Even with all that talent, only three players were 20-plus goal scorers over the course of those two seasons.

In essence, the Rangers were what the Philadelphia Eagles are now.  They bought all the talent they could afford, but they have not come together as a team.

It kind of makes you wonder why.  How can all these players with the best ability at their positions not play as one?  What is keeping them from being able to gel as an entire unit?  Why are the Eagles not playing as a team?

You can’t look further than across the street at the Wells Fargo Center.

The Philadelphia Flyers have simply figured out how to take 20 different players, each with their unique abilities and personalities, and form it into one cohesive unit.  They take something into consideration that the Eagles front office has not.

The Flyers become a team off the ice.

While the Flyers have had mandatory team-bonding trips for years, they changed how they went about them when they hired head coach Peter Laviolette in December 2009.  It’s part of the reason he has taken teams from the bottom of the standings to the top in one NHL season.

In years past, the Flyers would usually send the team to military camps and put the team through drills to make a bond by trust.  While a good strategy, adding in a fishing competition still doesn’t allow the players to get to know one another on a personal level.  Laviolette changed all that.

After taking over the helm for John Stevens, the Flyers embarked on a six-game road trip just two weeks after becoming coach.  Prior to that, the Flyers had hardly improved since the coaching change.  Before their first game against Tampa Bay, Laviolette took the players on a golf outing in order to get to know his team, and his team each other.  Despite having taken a trip to Florida earlier that season for their annual bonding trip, this outing showed the results immediately.  The Flyers went 17-7-1 in their next 25 games leading up to the Olympic break.

The team started playing better as a whole.  It was visible through the inconsistency that each player would have each other’s back.  Each player stood up for one another, knowing another player would do the same for him.  They became a complete team, something the Eagles are not.

Since then, the Flyers have taken team bonding trips as more of an opportunity of rest and relaxation.  While players haven’t spoken out about the

details of this season’s trip, it mainly consisted of golfing, eating, and relaxing by the beach.  It doesn’t sound like much, but it allows the players to get to know one another on more of a personal level.  It allows them the ability to trust the next person and bind them together practically as a family.  It keeps the players loose and gives them something less to worry about, knowing that everyone has their backs.

The main question is why don’t the Eagles take a page from the Flyers book?  Let’s put aside the obvious reasons of the lockout and the fact it’s easier to take 20 players instead of 53 on a retreat.  However, even with all that, how often does the team do things together outside of the Linc and the NovaCare Complex?  How many players actually know each other well enough to know another will be there when his back is against the wall?

The answer?  They don’t…and their 4-6 record is an indicator of that.  Each player is playing as an individual, and it’s not so much about leadership as it is about trust.  And it’s something that the 11 players on each side of the ball seem to not have for each other.

Maybe this season will be a reminder to the Eagles that there is more to a team than just putting players on the field.

Have a safe and happy Thanksgiving!  Next week, I will be back to give an overall progress report on the Flyers, and where they stand in the conference.

Matt Read Is Making A Good Case For Calder Trophy