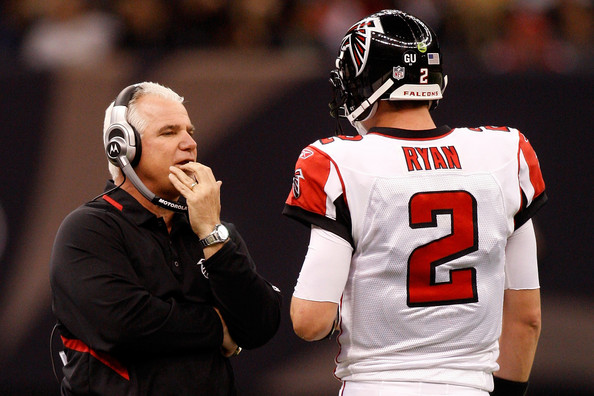 It’s Week 12 of the 2011-12 NFL season and playoff teams are separating themselves from the competition.  This week Atlanta hosts a Adrian Peterson-less Minnesota Vikings squad and the mediocre Seattle Seahawks host a poor Washington Redskins squad.

MINNESOTA at ATLANTA – THE PICK, ATLANTA -9.5

The Falcons will host the struggling Minnesota Vikings on Sunday in the Georgia dome where the Falcons have had much success during the Mike Smith, Matt Ryan era. Atlanta has posted an impressive 19-6 record in their last 25 at home. It also looks like the Falcons will get star receiver Julio Jones back on the field this week as well, which can take this offense to the next level.

Jones provides his team with a different dynamic as he possesses the ability to stretch the field for an offense that also has the ability to pick defenses apart with underneath routes. The Vikings on the other hand will likely be without the services of Adrian Peterson. He is still banged up after injuring his ankle and even if he does play I doubt they will give him the touches that we are used to seeing him get. With the Vikings sitting at 2-8 I don’t think the Vikings will be inclined to throw him back out there before he is close to one hundred percent.

There is a very good possibility these two football teams could air it out more than we usually see them do. Both defenses stop the run pretty well, and with a banged up Peterson I think Atlanta will try and put points up early and put the game in the hands of Christian Ponder. Ponder threw three picks at home last week against the Raiders and I don’t think playing the Falcons in Atlanta will be an easier test for him. Take the Falcons at home and lay the points.

WASHINGTON at SEATTLE – THE PICK, SEATTLE -3.5

Last week I told you the Skins would keep it close against the Cowboys and they did, this week is a different story however. The Skins have now lost six straight and are coming off a game against Dallas that they quite frankly should have won outright, but didn’t.  Washington has struggled immensely this year on the road, and a long flight to Seattle probably won’t help that.

The Skins are 1-4 straight up on the road this season and the play of Rex Grossman has been brutal.

The Seahawks however are going in a different direction, they have won two straight including a home victory against the Ravens. This Seattle team looks to have gained some confidence as they have posted a 6-1-1 record to the spread over their last eight, and a 3-1 mark to the spread at home this year. I like the Seahawks in this spot looking to go for three in a row. The skins are a disaster rite now and I really don’t see them coming out with much this week after a deflating game against the Cowboys. Take Seattle laying the points here.

With The Eagles Standing On The Plank, A Glimmer Of Hope Still Remains

there is no such thing…ridiculous this is even posted.

cool….I will pick the opposite and should win some $$$… lol.

wow this guy sucks. you barely squeeked out that atlanta game. but still you should seriously not bet or talk about betting or give advice. you should just go to work and thats it. you suck.

at least re-name this Two Guesses For NFL Week 12