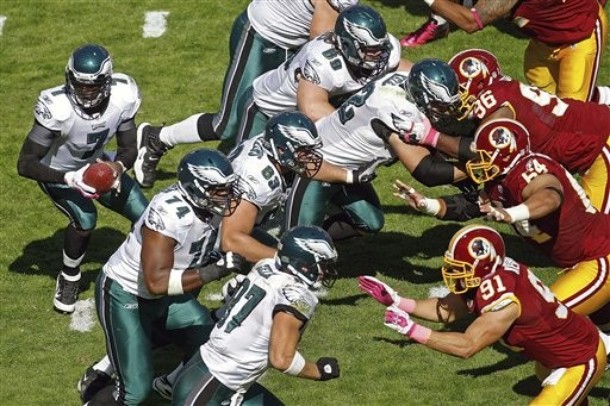 One of the games this week is a game involving two teams in the middle of the playoff picture, (9-3) New Orleans Saints at the (7-5) Tennessee Titans.  The other game is between the (4-7) Philadelphia Eagles and the (4-7) Miami Dolphins, as two coaches Andy Reid and Tony Sparano try to hang onto their jobs.

The New Orleans Saints continued to impress last week with yet another win in prime time as they beat a struggling Lions team 31-17. Two weeks ago they put together another great performance on a Monday night to route the New York Giants. This week however the Saints will be asked to go on the road, and quite frankly they have not been as impressive on the road as they have been at home. New Orleans is just 3-3 straight up away from home and 2-4 to the spread.

The Saints have also struggled late in the year when playing outdoors. Since 2009 The Saints are 0-4 to the spread when playing outdoors in the month of December and it doesn’t help that the Titans are playing pretty good football of late. Chris Johnson has returned to his All Pro form the last two weeks rushing for over 340 yards against Tampa Bay and Buffalo. The Saints run defense has some holes and Chris Johnson is the type of back that should exploit them.

This is a huge game for Tennessee, with the Houston Texans being riddled by injuries the Titans are still in the mix to contend in the AFC South. At the very least I expect Tennessee to play a really tough game on Sunday and keep it close. If Chris Johnson continues to play   at the high level that I believe he will, I see the Titans pulling out a win for the upset. Take Tennessee getting points at home.

PHILADELPHIA at MIAMI, THE PICK, MIAMI -3

Matt Moore has done a great job playing within himself of late. Over the last five weeks he has thrown eight touchdowns to just one pick. Moore has been a solid game manager and last week he got some help from the running game. Reggie Bush and Daniel Thomas ran all over the Raiders defense as they combined to rush for over 170 yards.

The Dolphins are playing quality football right now in hope of saving Tony Sparano’s job, and I think they play quality football yet again this week. Take the Phins laying the three points.

No doubt about the Dolphins Pick , I am not so sure about your Titans over Saints pick though RB C Johnsons finally seems to have his Football legs back and the Saints D has given up some big plays.. I think QB Brees is on a mission and will face the Packers in the NFC Championship game and will come to play to try to get that 2nd Seed from the 49ers and have home field Advantage in that tough Dome they play in… Right now it’s #1) Packers & #2) 49ers which means the Saints would have to go on the Road to face the Packers in the Divisional Round if the standings stay to form…

Yes JH,
He picked Tenn to cover, getting 3.5 Points but I don’t think they will cover is what I should have said and the Saints win 33-20.. Thanx

thanks just lost my kids college savings on these locks

It’s was only community college anyways tishrunsthis..
You’ll be able to recoup by Easter Time ..