Is The NBA Confusing Right Now Or Is It Just Me? 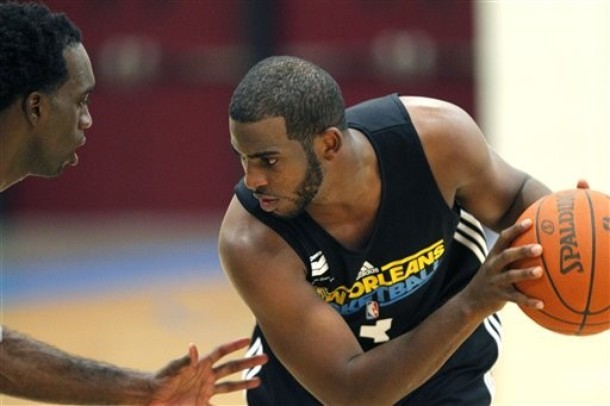 Let me get this straight. So Chris Paul was traded to the Lakers. Paul Gasol is going to Houston and Lamar Odom is going to the Hornets with Kevin Martin, 2 other players and a first round draft pick.

We all know that Paul wanted out of New Orleans and wanted to be a Laker or a Knick. Then enter David Stern with a big fat “Hell No!’ So I am thinking to myself ok, this was one of the reasons why the NBA was on a lockout. They were tired of players dictating where they wanted to go while they were still under contract for other teams.

I was cool with that. They were trying to stop the “Big” teams from loading up. I was tad bit confused on this one though. This trade was pretty even trade for everyone involved. I was surprised that even Gasol was in the trade. The trade was not like the one when  Kevin Mchale was the GM for the Timberwolves, called his buddy Danny Ainge up and said “here take Garnett and win Boston another title for us”.

Even more recent with the Carmelo demanding a trade to NY and the slop that the Knicks gave up and somehow got him there. Then Stern comes out with a statement basically saying that he did not like the deal for Paul. The reason was he wanted to get an owner in there first with a franchise player. If you don’t know, the NBA owns the Hornets right now. Umm, ok? What’s up with Paul going to the Clippers now?

They are getting a nice package with Eric Gordon, Chris Kaman and Al-Farouq Aminu and a draft pick but still leave’s me scratching my head. Stern is going to allow this trade? Dude, I do not have a clue. Then on top of that you have the Clippers claiming Chauncey Billups. A couple days prior on waivers after he was in amnesty by the Knicks.

The Clippers had to take on around 2 million dollars of his salary because he was not a full blown free agent yet. Ok, I was not surprised by that move. We are talking about the Clippers here. Enter the Dwight Howard situation with him demanding a trade to the Nets and only the Nets. That’s funny I can’t see that happening with Stern laying down the law right now. Well, I think he won’t let it right?

With all the craziness going around the NBA might have been better staying in a lockout until they could get this whole thing figured out. Don’t get me wrong, you know I am pumped for my Sixers to start. Something is not adding up right with this league. Can you say ESPN? I am just thinking out loud here. I am not saying it is ESPN’s fault for the NBA issues.

Just thinking maybe ESPN was in the ear of David Stern and the other owners telling them if they don’t get this deal done soon they may have to cut ties with them. It may sound a little crazy but ask the NHL about it. When the NHL went on strike a few years back ESPN threaten to drop them and they did. Listen, ESPN seems to have a ton of money invested in the NBA with all the coverage that they have for them. I am just saying…. The one thing is for sure I am confused as hell. I am thinking that the NBA is too. But hey, what the hell do I know. I am just a fan. Sixers! Showyaluv!