Who Has Been More Successful During Andy Reid Era: Giants Or Eagles? 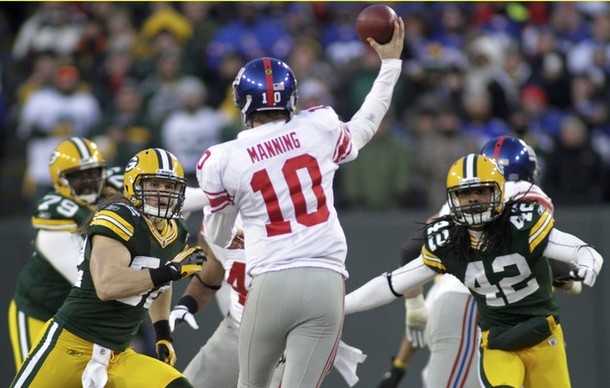 The NY Giants will be out in San Francisco this Sunday facing the 49ers in an improbable matchup for the NFC title. If you asked anyone about their NFC title game predictions going into the season this matchup certainly would not have been at the top of anyone’s list. Both teams are coming into the game playing their best football of the season.

The Giants had a convincing win over the defending champion Packers at Lambeau field. The 49ers had a thrilling victory over Drew Brees and the high flying Saints. Both teams are on a collision course for what could be a fantastic, memorable matchup at Candlestick park, a matchup that could be reminiscent of the late 80s/early 90s when the Giants and 49ers were contenders year in and year out.

This leads us to our beloved Philadelphia Eagles who are once again at home watching their rivals from the north go on this improbable run. A run that most experts believed the Eagles were destined to make back in training camp when Vince Young coined the team as a “Dream Team”. But thanks to lousy play, turnovers, a soft defense, and other things the “Dream Team” is home watching.

This will now be the second time in the past 5 seasons the Eagles and their fans are forced to watch the Giants go on a long playoff run. If they reach the Superbowl it will be the 3rd time since 2000 the Giants will compete in a Superbowl. It will also be the 3rd time this has occurred in the Andy Reid era.

Something doesn’t quite add up with all of this. If you ask someone who doesn’t follow football closely to compare the two teams since the year 2000, logic would say the Giants are the more successful team. They’ve had 2 Superbowl appearances and a Superbowl title and potentially will make a third.

The Eagles on the other hand have 1 Superbowl appearance and 0 Superbowls and have not changed coaches in 14 years while the Giants have. When you dig deeper and ask someone who has followed both teams closely it’s apparent the Eagles clearly have been better than the Giants during the Andy Reid era. They’ve had more wins, more playoff appearances, and have dominated head to head play.

That’s all well and good but at the end of the day in my opinion success is measured by the number of championships you win and during the Andy Reid era logic says the NY Giants have been more successful.

The 2011 Eagles “Dream Team” on paper without a doubt is better than this NY Giants team. The Eagles split both games against the Giants this past season but could have won both matchups. During the first matchup the Eagles had more yards on offense, more 1st downs, more rushing attempts, a late 4th quarter lead, and led in time of possession. They also had 3 turnovers and a defense that couldn’t tackle which eventually became the main reasons they lost in the end.

Take away the turnovers and missed tackles and you have an Eagles victory which would have put them into the playoffs. The second matchup at Giants stadium the Eagles played with backup quarterback Vince Young. Even with Young starting the Eagles had more yards on offense, more rushing attempts, more first downs, and led in time of possession despite having more turnovers than NY. The Eagles of 2011 owned the stats when it came to head to head matchups against the Giants yet it’s the Giants that are playing Sunday.

Even if the Giants do lose Sunday against the 49ers their playoff run to this point should have grabbed the attention of everyone on the Eagles from the players and coaches to the front office. The way the Eagles performed this season there is no way they could have gone into Lambeau and beaten Aaron Rodgers and the Packers. The Giants are proving once again that teamwork and toughness on defense will get you far in the playoffs.

The Giants, who have managed to miss out on the playoffs entirely for consecutive seasons, something the Eagles haven’t managed to do yet under Andy Reid in the end would still have more Superbowls than this team just in this era alone. The Giants winning another Superbowl would be catastrophic to the Eagle fan base.

That initial reaction of unfairness and disgust at another Giant Superbowl is something all of us would feel. But let’s take a step back for a second and ask ourselves a question? We all want this team to win a Superbowl more than ever before right? We as a fan base are about to enter year 14 of the Andy Reid era and still have nothing to show for it.

We’ve watched countless players come and go over the years. Everyone from Dawkins, TO, Donovan, Trotter, Westbrook and plenty more have graced us with their abilities yet couldn’t get the job done. We’ve endured the pain of 3 straight NFC Championship losses and a Superbowl loss. After everything at this point some of us are certifiably in the “I Don’t Care” stage when it comes to this franchise.

So just how bad do you really want a Superbowl in Philadelphia? Because at first glance a Giant Superbowl this year sounds like the worst thing in the world to an Eagle fan. But can you imagine the pressure Andy Reid and Jeff Lurie would feel if big blue took home another Lombardi trophy in 2011. A trophy that the team, coaches, fans, and owner himself thought back in training camp belonged in Philadelphia at the end of the 2011 season. We’ve seen it all as Eagle fans during the Andy Reid era.

Most of us watch this team with disgust knowing they are about to let us down year after year with no end in sight. I’m not afraid to think outside the box in life and as much as I don’t want to say the next sentence I will. If the Giants beat the 49ers on Sunday and go on to capture another Superbowl it might not be such a bad thing for Eagle fans. The amount of pressure felt by the front office going into next season would be pressure they’ve never felt before.

The Eagles just came off a season where the fan base chanted “Fire Andy” during a game and hung signs protesting the coach outside of the Novacare complex. Combine that already existing disgust with the agony of having to watch the Giants celebrate another Superbowl title and imagine the endless amount of pressure the front office would feel going into next season. Just to be clear I’m not saying I will actively cheer for NY on Sunday because I know a lot of Giant fans and would not want to endure another off season of watching them celebrate another title. But I’m saying IF the worst happens it may not be such a bad situation going forward.

I know it sounds crazy but at this point we’ve endured it all as football fans in this town. The front office needs to realize they have failed miserably at capturing that elusive Lombardi trophy. They continue to talk at us during press conferences with praises of NFC Championship game appearances and statistics that don’t add up to a Superbowl title.

At the end of the day the front office hasn’t felt enough pressure and they choose not to take the fan base seriously when they show their disgust for the head coach on national TV against the Patriots. Going into this weekend I’ll cheer for the 49ers but if a Giant win means changes and pressure going into next season for the Eagles it may not be so bad down the line.