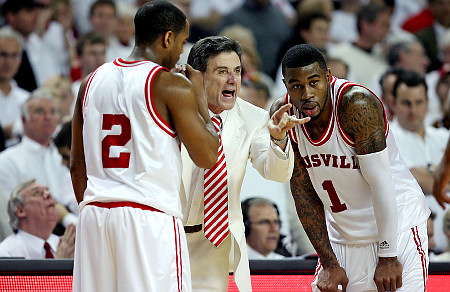 Villanova’s choice to block Temple is more due to the long term influence on its program than the short term affects. If Temple were to join the Big-East in all sports they would create more revenue in both football and basketball. Instead of selling out a game against Duke at the Wells Fargo center every two years, they would play a few teams each season that would have the drawing power for sellout crowds at the Wells Fargo Center, it also means Temple will more likely be on national TV.

The same logic can be applied to Temple football, a Temple versus Boise State game at the Linc would certainly draw more college football fans than Temple versus Miami of Ohio. The football program is gaining more national attention with each passing season. This past off-season current Temple defensive coordinator Chuck Heater was on the wish list on many Clemson fan’s to fill the team’s vacancy at that position on its coaching staff. Temple’s 2011 offensive coordinator Scott Loeffler was hired at Auburn as the team’s new offensive coordinator. When was the last time fans of SEC football schools spoke about Villanova football? Temple is getting attention and they play in the MAC; imagine if they played in the Big East?

At first the impact may not be as noticeable, Temple may even struggle in both sports in conference play the first season, but as time goes on and Temple gets more national recognition and more money it will only be a matter of time before recruits choose Temple hoops over Villanova. If Temple joined the Big East, 10-15 years from now Temple would easily be the number one athletic school in the Philadelphia area. The school already competes with Villanova for city basketball headlines, and it plays in the A-10.

“Replacing [Syracuse] with SMU, Houston and Central Florida isn’t going to cut in the Big East,” Pitino said when asked about the state of Big East Basketball.

Pitino clearly wants the competition in the Big East to remain strong which is why he is so adamant about Temple becoming a member of the Big East.

“Now, Temple, I think, is the logical, again, it’s an inner city school, Philadelphia, great coach, great tradition.  I think it’s a natural.  Good football program.  But I don’t know if some other people would agree with that. I’ve always said that Memphis and Temple make the most sense,” Pitino responded when asked who he would like to see join Memphis in the Big East.

The Temple basketball program showed over the past few seasons that it would have the ability to step in and compete with the competitive Big East. This season Temple beat the Big East’s own Villanova, and the ACC’s Duke and Maryland. Temple is currently enjoying an 8 game win streak, and is first in the A-10. The school is all but a lock for its 30th NCAA Tournament appearance this March.

Since the 76ers were playing during the Temple Xavier game this past Saturday night, many basketball fans may have missed the Temple game on ESPN2, if you missed it watch this thirty second clip. You will instantly see why Rick Pitino wants Temple, and why Villanova is scared of them. This is the crowd at a Xavier game, imagine if it were Notre Dame?

Report: Eagles To Franchise Jackson If They Can’t Agree To Long-Term Deal