Are You Excited About Phillies’ Pitchers And Catchers Reporting? 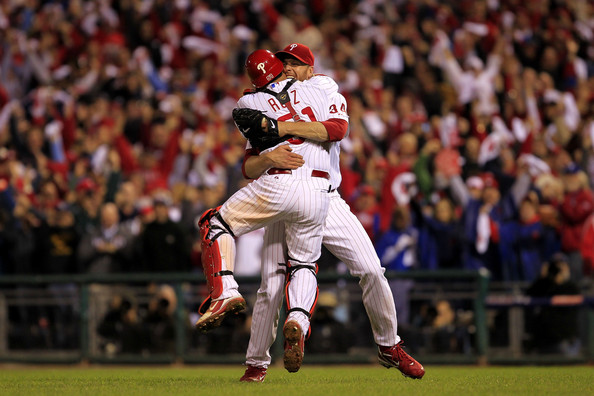 The most overrated day of the year has arrived. Ahh, that’s right, pitchers and catchers have officially reported to Clearwater, Florida. It is severely annoying when someone in the beginning of February gives the ‘two weeks ‘til pitchers and catcher report. Who cares. Is it really that important that Roy Halladay and Chooch are warming up their whips after a slightly longer off-season than desired?

The Phils are still 11 days away from playing their first spring training game, which by the way is against the Florida State Seminoles. Don’t hear many people counting down the days until that much-anticipated match up. The regular season for the Phils starts April 5th; tack another four days until Fightins play their home opener. For the non-math majors out there that is seven weeks away.

Perhaps it’s me that does not understand, it’s two out of nine positions, one arguably the most important, one arguably the least important going down to Florida to essentially play catch. I understand people get excited when Eagles training camp opens however people don’t get pumped when ‘rookies and selected veterans’ report, at least not to the extent of pitchers and catchers.

Understandingly so, the Phillies are the city’s sweetheart right, they brought the city it’s first championship in 25 years, make free agent acquisitions and trades like it’s a video game and position themselves to make a deep playoff push pretty much every year.  But it’s inappropriate to start following baseball before you can wear shorts, t-shirts and flip-flops on a normal basis.

The two Philadelphia teams currently active right now, the Flyers and Sixers, are both in the deep thick of a playoff hunt and although both teams seem to being going through a bit of a rough patch are very fun teams to watch.

Hockey is a niche sport and probably always will be even in a great hockey city like Philadelphia. And the Sixers are the city’s little brother that everyone likes to pick on until they do something good. With that being said if your looking forward to Cliff Lee having a catch with some college kid for the next week or so, enjoy yourself, I’ll be watching two fun teams featured in the city of brotherly love playing some meaningful games.