Can The Sixers Win A Championship Without A Superstar? 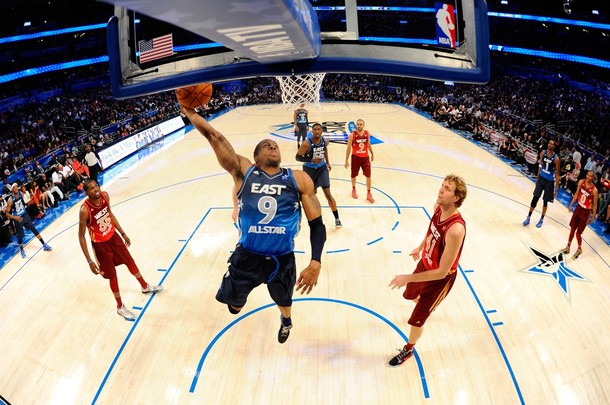 Can this be done? Can a team win a championship without a legit superstar? The only team at least in my generation that won without a legit superstar was the 2003-04 Detroit Pistons. Though they had very good players, such as, Chauncey Billups, Rip Hamilton, Ben Wallace, Prince and Rasheed Wallace. Rasheed was the closest to a superstar. He had the skills to do it but he always played more in the flow of the offense then trying to take over a game.
As I research more, I honestly could not find another team that won without a superstar. That Pistons team went back to the finals the year after winning it, but they ended up losing in 7 games to the Spurs. As I found out, it is rare to win without a superstar. There are 2 teams in the East that are trying to prove that theory wrong: the Pacers and our very own Sixers.The Sixers and Pacers are very similar. The Pacers have solid, young, talented kids like Hibbert, Collison, George and Pyshco “T”. Mixed in with some season vets in David West and Danny Granger.The Pacers have 5 guys scoring in double figures and they also have 7 guys averaging more than 9 points a game. The Sixers have 6 guys averaging double figures and have eight guys averaging more than 8 points a game. We already know about the Sixers kids in Turner, Holiday and Thad. Also their mix of vets in Iggy, Lou and Brand.

Neither team has a 20 point scorer. Granger leads them scoring at 18 a game. Lou is leading the Sixers at 16 a game. Granger and Iggy are the closest thing to a superstar for their teams, but they are just good players. Granger brings more offense and Iggy brings more defense. Both teams rely on their depth and defense.

Another thing the Pacers have on the Sixers is in close games. In games decided by 7 points or less the Sixers are 2-9 and the Pacers are 9-5. The Sixers won the only matchup against the Pacers 96-86 at home on Jan 9th, though Granger did not play.

The Bulls and the Heat are the best teams in the East. Those are the teams that the Pacers and the Sixers are gunning for. So can a team win without superstar? In today’s NBA, probably not. This is a star driven league and you even see that with the refs coddling of the stars. The Pacers and the Sixers have some similarities to that 03-04 Pistons team. They are young though and are hoping their player’s continue to develop. If either team wanted to make a splash for a superstar they both have the young talent to trade. For now, they are trying to prove everyone wrong.

Plaxico Burress Is Eager About Becoming An Eagle

Simmonds And Hartnell Are Keys To Flyers Power Play