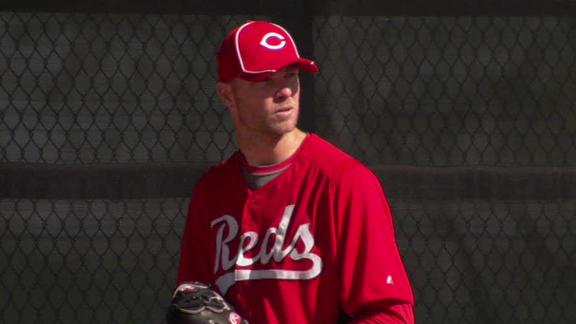 The injury news out of Clearwater has been anything but good for the Phillies this spring, but it now appears things could have been a whole lot worse. As in “the season is over before it even starts” worse.

Phillies general manager Ruben Amaro caught some criticism this past winter when he elected to sign former Red Sox closer Jonathan Papelbon to a lucrative four-year, $50 million contract when he could have retained the homegrown Madson for less. Madson was an integral part of the franchise’s five consecutive NL East crowns and 2008 World Series victory, but was let go in favor of the more seasoned Papelbon, who has 219 career saves.

As it turns out, Amaro’s decision to roll the dice on Papelbon was well worth the risk.

It’s hard not to feel sorry for Madson.  No, he’s not going to cry poor–he’s still going to receive every last penny of the one-year, $8.5 million contract he inked with the Reds, but the chances of him ever receiving the multi-year jackpot deal he longs for just took a severe blow.

But it’s also hard not to think about what type of shape this Phillies team would be in had Amaro taken the expected route of re-signing Madson, who posted a 2.37 ERA on his way to converting 32 of 34 saves chances last season.

With growing concerns regarding  injuries to Chase Utley and Ryan Howard, along with the team’s complete lack of infield depth, things would have been downright chilling for the Phillies if they lost their closer with less than two weeks to go before the start of the regular season.

The Phillies will heavily rely on their pitching more than ever this season, and they figure to play several low-scoring, tightly contested games, particularly as they navigate their way through various injuries in the early going. It’s hard to imagine this team staying afloat without a shutdown closer in the back of its bullpen.  So yes, while the news out of Clearwater has been far from positive for the banged-up and aging Phillies this spring, there’s little doubt that they just dodged what would have been a potential deathblow before the calendar even turns to April.