Could The Phillies Be In The Market For Willingham? 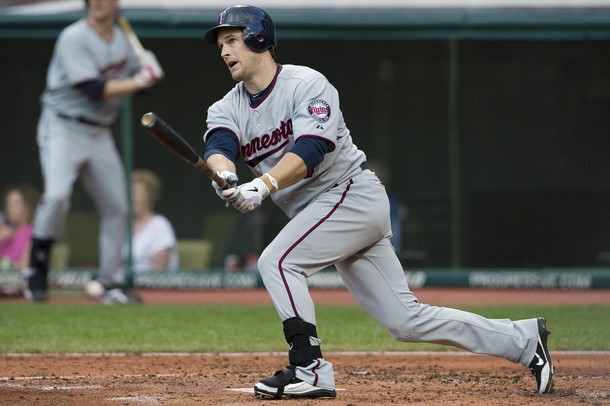 The Minnesota Twins are openly shopping their left fielder, Josh Willingham. The Twins are loaded with outfield prospects with the pack led by Joe Benson, an impressive five-tool player, who should be seeing some time in the majors come September call-ups (if not earlier).

Willingham’s trade stock became much more valuable to the Twins after Trevor Plouffe, an outfielder who successfully traveled through Minnesota’s farm, batted under .200 in Willingham’s absence earlier this year.

The Twins are going to be looking for prospects who have a tremendous upside for the 33-year-old journeyman. He has showed promise on the three clubs he has played with and has tested the free agent market only twice in his major league tenure.

His defense isn’t anything to call home about, but he will make number eight on SportsCenter’s top 10 at least once a year.

From the Phillies perspective, going after the Hammer is not for defensive purposes. Juan Pierre may have lost a step, but he can still get under balls Willingham would not even be able to dive for. So why trade a number of prospects for him?

On July 28th 2009, the left fielder, playing for Washington at the time, stepped into the righty’s batter box in Miller Park and stared up at Jeff Suppan pitching from the windup since the bases were loaded. Suppan sent a sinker intending to fall out of the zone, but instead the ball fluttered over the middle of the plate where it met the Hammer’s bat and was launched over the left field wall.

He stepped up to the plate again in the sixth inning staring down Mark DiFelice, a relief pitcher he had never faced in his career, the bases juiced once again. He fell into an early 0-2 count after being bested by a cutter and fooled by a slider. Willingham guessed the next pitch would be a slider and fortune favored the righty as he extended his arms and watched his second grand slam in as many innings sail over the outstretched arm of Ryan Braun standing helplessly in front of the wall.

The Phillies need Willingham because he can hit, for power and for average. He is currently batting .286 with 11 homeruns through 52 games this season. To date, the only starting outfielder with a better average than him is Juan Pierre, but he buries Pierre in the homerun category. Willingham would have the second most home runs on Philly’s roster, second only to Hunter Pence.

Pierre has been playing great, but at some point the Phillies need to consistently score five runs a game and Willingham can bring that stability. He has 31 runs batted in and could take some weight off the shoulders of Pence, Wigginton, and Victorino in the middle of Charlie Manuel’s lineup.

Trading for Willingham will take at least two well known prospects, but at this point in the season if the Phils plan on contending for the playoffs they need a consistent bat in the lineup. Willingham has consistent power numbers, averaging 22 homeruns a season, and can be the answer to Philadelphia’s problem getting runs to cross the plate.

Ian Laperriere to Officially Announce his Retirement this Summer