Notes From Phillies’ 6-1 Loss To Atlanta 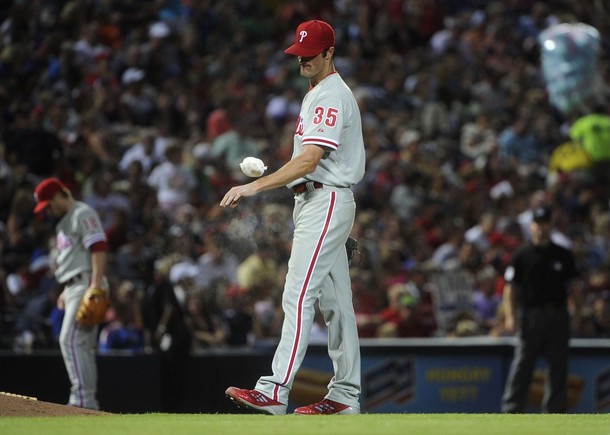 The Phillies had their four-game winning streak snapped on Friday night, falling to the Atlanta Braves 6-1. The Phils jumped out to an early 1-0 lead, but the bats would go quiet after the first inning.

The Season Was Over June 2nd when the Phils and Hamels blew a 3-1 Lead to the Marlins after having a 5 Game Win Streak during “Paulman’s 23 Critical Game Strech” .. I called it then and it’s over any way you look at it…

SF Giants acquire SS Scutaro from the Rockies leaving no market for Phils SS J Rollins.. Giants would have been the only team to possibly pick him up as they make a Playoff Run..Phils are stuck with J Ro and his $11 Million for thru the 2014 Season..

You are crazy paulman

Stuck? Have you seen him play ss? Stuck? Ridiculous

Are you guys realizing now that the Phils are Toast for 2012 and are just not a very good Team as they fall 2-1 to the Braves and could only must 4 Hits agains that phenom Pitcher B Minor of the Braves.. They now fall 15 1/2 Games out of first and have 61 games left and stand at 45-56 and would have to finish winning 40 of their 61 Final games to reach 85 Wins which isn’t going to happen,, Phils are 10 games below .500 and will most likely end up with around 82 Wins.. How fast they have fallen

We know how you feel. You like fuggin chicken little; never waste an opportunity. So what’s different this time?