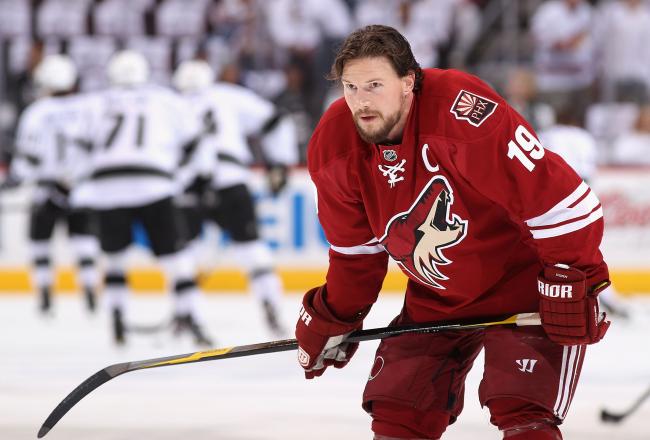 If nothing else, the Flyers kept Parise, Suter (both of whom infamously signed with the Minnesota Wild on July 4th as American media were hoping to spend the holiday around their barbeques but instead were glued to their iPhones, Kindles, and other electronic devices), and Weber from conference and division rivals. Alas, the Weber offer sheet seemingly prevented the Flyers from making a last ditch effort at Columbus’ Rick Nash, who will now skate on Broadway.

The Flyers have been perennial big spenders, even in the cap age. According to capgeek.com, the Flyers have approximately $3.556 million in cap space, below the temporary, offseason cap of $70.2 million. Teams can exceed the cap by 10% prior to the start of regular season, and the Flyers will have a cushion, if captain Chris Pronger is unable to play (long term injured reserve status for his $4.921 million cap hit). On the flip side though, the Flyers need to exercise caution in that there will likely be roll backs in salaries and the cap with the new collective bargaining agreement.

Jaromir Jagr seemingly got impatient and signed with the Dallas Stars before the Flyers could make a formal offer. Matt Carle, who may have had a verbal agreement with the Flyers prior to the Calgary’s coup of manual market inflation with defenseman Dennis Wideman ($5.25 million average annual value), bolted to Tampa Bay for $5.5 million per year. As a result, the Flyers currently lack a scoring right winger on their top line another (Kimmo Timonen) offensively-gifted, puck moving defenseman amongst their top four. Defensively, the Flyers may have one of the strongest blue lines in the NHL. Andrej Meszaros, who underwent back surgery last season, may provide the needed spark offensively. In addition, the Flyers signed Bruno Gervais, who has struggled at times in the defensive zone, earlier this offseason. If the right-handed Gervais can provide adequate defense, he should be given every opportunity to show his abilities on the power play and offensive situations at even strength. Barring a trade of a defenseman to free up additional cap space, I believe it is unlikely that the Flyers will sign another free agent defenseman.

The thin free agent market currently features a few forwards of interest. Here is a list of players who are or should be on the Flyers’ list.

Given that goaltender Ilya Bryzgalov holds a no movement clause and has eightyears left on a $51  million contract, the Flyers need to remain in “win now” mode, particularly following the Rangers’ acquisition of  Rick Nash. I do not believe that the Flyers should gut their youth, but they do need to be aggressive in building a championship-caliber team. Moreover, given that so many players posted career offensive years last season, and that there are so many youngsters on the team, the Flyers cannot rest on their laurels. If the Flyers are unable to sign Doan and feel uncomfortable with the risks of Huselius and Sykora, then they need to make a serious play in the trade market. Regression is more likely than continued success across the board offensively, given how the Flyers are currently constructed. That is why a veteran, scoring winger needs to be the current priority.