The Eagles Have Cut Down To 56, Three More To Go 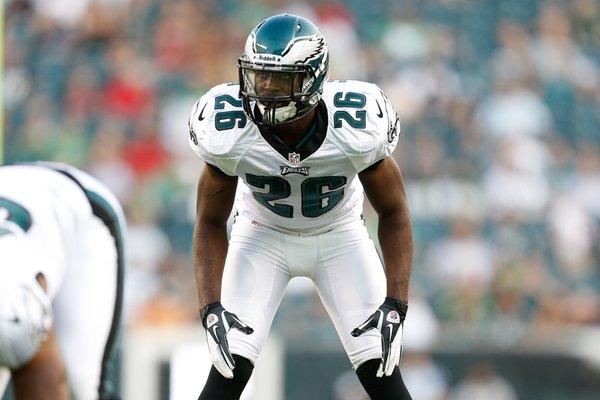 The Eagles just released a list of 19 players who have been released from the football team.  Here’s the list.

The Eagles roster currently stands at 56 players. All NFL clubs must reduce their rosters to 53 players tonight by 9 pm ET.

In addition, the Eagles and G Mike Gibson reached an injury settlement and he has been released from their Injured Reserve list.

Trent Edwards Gets The Nod Over Mike Kafka

Next 5 Players out/released..
QB Kafka, RB Polk, CB T Lindley, P McBRiar, and LB Rolle
(There is noTrade value on RB Polk,,3rd/4th String RB’s are littered around the NFL and the Waiver wires… He’s a good player and can help the Eagles or another Team, but a Team trading a Draft Selection for him is very unlikely as it is for a Punter..

is everyone blind on this site? The only player Brandon Graham looked good playing against was Mitchell Schwartz from Cleveland and he is a jewish rookie 2nd round draft pick. Vinny Curry and Brandon Graham are far worse than Dixon and Tapp.

Don’t quit your day job, Stevie Wonder. BTW, WTF does a players ethnicity have anything to do, with their play on the field?!? Don’t be a racist DICK!

the jewish religion is not an ethnicity or race — you can accuse me of bigotry but not racism — but do apologize if it offended any GCobb readers, the intention was not there but reads ignorant —-

If you are Jewish, its a race, not a religion. Wtf is wrong with you? Are you dense? You said it.

I forgot about Darryl Tapp who I stated all off-season adn summer long as long as the Eagles DE remainde healthy thru Camp that he was the odd-man out.. They will trade him for a 5th Round Pick or perhaps a Safety

anyone scan the waiver wire for someone to replace Jarrett at safety?

I cant believe they kept Jarrett, and Casey Matthews!! What have they done to EARN a spot on this team?

There will be a few more moves GMCliff
I am checkign the Waiver Wires to find us a LB and a Safety
I think Gilyard should have made the Roster over Riley Cooper too..

Jets Cut OLB Ricky Sapp in case anyone was wondering what he was up to..

TB Bucs release Safety Larry Assante who was Drafted out of Nebraska 2-3 Years ago and was pretty highly rated coming into the Draft that year and was pretty decent player from what I recall .. Not Starter material but a good back-up and SPecial Teamer

Here’s my Safety.. Mark LeGree from Appalachian State who was just Released from the Chicago Bears.. SIgn him up Howie/AR…
LeGree is 6-0 215lbs, a real hitter and a ball hawk.. Excellent on SPecial teams

ST Rams also Release FB Ovie Mughelli who is a beast of a blocker..

Reports are that the Eagles are trying to trade Mike Kafka. They probably wont be able to seing anything, but it shows you what they think of Edwards. Kafka will be the qb that get the boot.

Kafka has been released. I don’t think the eagles will be able to trade ANY QB for the forseable future. Especially after Skelton has been named the starter in Arizona.

Why do some keep hoping to thinking trade value for unproven players like
Kafka,Polk, Jarrettt.. Has anyone looked at the Waiver WIres
The only player(s) who are on the bubble and has Trade Value would be D Tapp and A Dixon (probably 5yj/6th Round Selections at Best

If I need a back-up Senaca Wallace, B Hoyers are out there and much more experience than Kafka who has very limited

agree Pman…. i think they will trade Tapp.. thats it. There has to be somone out there that will want him. Outside of that, there isnt much to see here. I forgot that Kafka was a 4th rounder. Thats crazy.

@ Eagles0Superbowls. I agree with you on Brandon Graham and Vinny Curry being far worse than Tapp and Dixon.

Paulman.. The only mention of trading kafka came today.. Reported by profootball talk. I don’t think any fans were legitimately thinking Kafka had trade value.

I know that Paulman has been saying this for a long while, but I really wish they had tried Clayton at Strong Safety. He runs a 4.53 and can hit….but I guess it is too late now. Something they should have tried in the OTA’s.

Polk might be the best running back on the team behind mccoy .. hes faster than mccoy an dlewis and runs harder and smarter than brown… Gilyard should have made the team .. riley cooper sucks

I like him as an in hhe box safety but hed be a liability against a wide out.

Thomas will outplay any safety on wire.safetys are healthy and playing with chips.

This is the deepest backfield since westy buck.

Polk brown will fight it out for goalline carries.

The safety position is suspect! They need to find a safety whose not afraid of knocking the hell out of people. Allen and Coleman are not ” the ones”. And Jarrett, he could cover my mother. He might hit something, but recognizing who to hit and cover might be a little challenging! What has Riley Cooper done to endear himself ? Gilyard was the correct choice. Oh I’m sorry, this represents our red zone size!

Picked up David Sims from the Browns for a conditional 2013

Anybody else having problems with viewing posts?

eagles0superbowls: Jews are (or are supposed to be) the genetic descendants of the tribe of Judah and alienate themselves from the surrounding Arab groups in that region making them, more or less, a unique ethnic group. Neither ethnicity, nor religious belief has any bearing on athletic ability or intellect.

Back to football..Sims isn’t the answer. Phillip Thomas should have made the team. With him having already been through the training camp he would still have an edge over Sims. Certainly there might be some character issues, but the guy knows how to defend over the top in cover-2…which the Eagles haven’t had in their arsenal for YEARS. This guy is so much better than Quinton Demps. (I’m sure they equate the character of the two and that’s why Thomas got cut.)

As far as I’m concerned, Rolle and Matthews should probably be getting released and the Eagles should pick up two big athletic, but raw LBs Kourtnei Brown (49ers) and Chavis Williams (Ravens.)