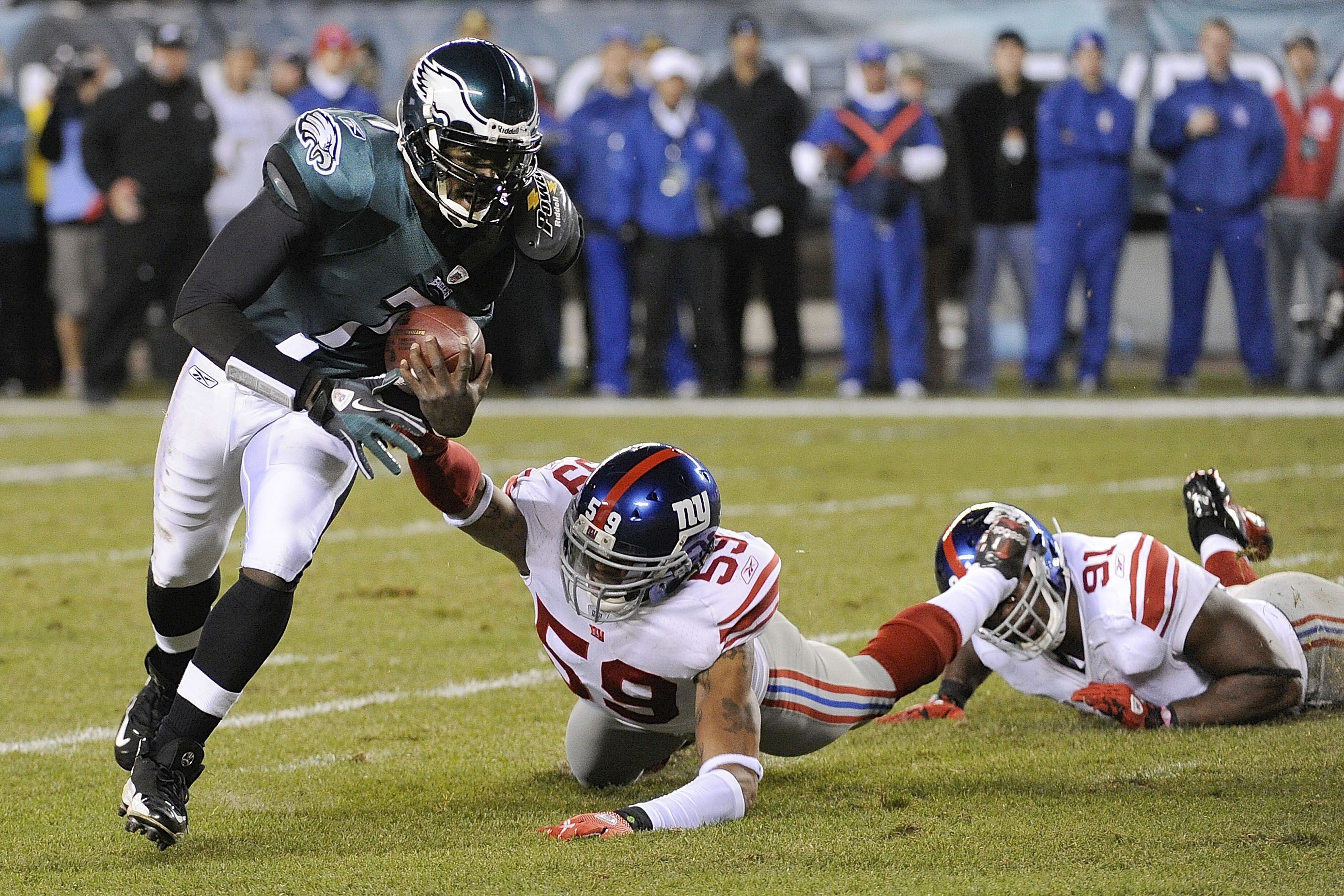 What is more ridiculous this season, the Eagles being 3-1 or the Cardinals being 4-0? I say it’s the Eagles at 3-1. All emotions aside watching the games this year has been the normal roller coaster except at the end of the game I almost feel like the team lost regardless of the score. The Eagles under Andy Reid have historically rarely been able to blow teams out or have a comfortable lead in the fourth quarter.

I give the team all the credit in the world; they are fighting and staying strong late into the game. It was a good thing the national media broadcasted this game because it provided a check and balance system with Reid. It’s almost as if he applied all of the criticism he has faced and he won the game as a result of it. LeSean McCoy gets 20+ carries and Vick drops back and makes quick decisions. I saw Vick do something consistently last night that I haven’t seen in a long time, and that would be him assessing the defense and attempting to draw them offsides or reveal their intentions. He did both and I have to give him credit where it is due.

We also saw Vick running for his job. The football field is no different than any corporation. If your job is threatened, you will do whatever you can do to succeed. Reid strategically mixed in comments at the quarterback position last week to motivate a stagnant Mike Vick. He responded and managed the game to the best of his ability. It didn’t always look pretty but he got the job done last night. Vick was also able to silence his critics for another week squashing any movement of quarterback change.

Regardless of #24 on Sunday, the Eagles defense played tough. Hakeem Nicks was out but that New York offense still has some ability. Despite throwing two touchdowns, the Eagles minimized the damage that Eli Manning can cause; 17 points is not a bad showing against a squad that talented.

The defense put up 0 sacks but played well enough to keep the team in the game.  The player that was a killer on the other side of the ball was Blackburn. He was a menace and constantly in the backfield of the Eagles.

Regarding special teams many were worried about the kicking position after a miss against Cleveland. Alex Henery has been able to silence his critics and went 4-4 on Sunday. Could you imagine the phone call McBriar got last week from the Eagles? Hey we cut you a couple weeks back for someone who we really made a terrible assessment on would you mind coming back to work? The move paid off, anytime a punter is averaging over 40 yards per punt not many critics will pop out of the woodwork.

The Eagles are looking more and more like a team that can win each week regardless of what odds are stacked against them. Last night could have easily gone the other way if Tynes connected on his second try.

If there is one x-factor that Vegas should factor with the Eagles I think its that Andy Reid and Mike Vick are living in the present. That is a dangerous combination.