What is Chip Kelly Going To Do With Eagles Offense? 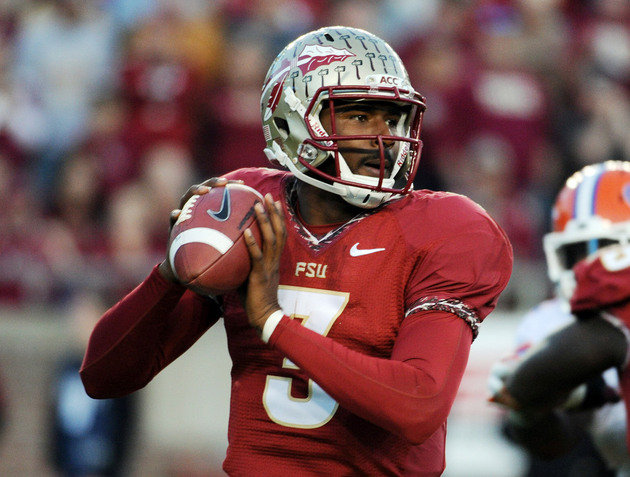 Chip Kelly doesn’t think you have to use a first round draft pick to get a franchise quarterback.  He mentioned the fact that San Francisco’s Colin Kaepernick and Seattle’s Russell Wilson were acquired with a second-round draft pick and third-round draft pick respectively.  I wouldn’t be shocked if he had his eye on a specific quarterback, who can be had for less than a first-rounder.

The Eagles have shown an interest in most of the quarterbacks here at the Senior Bowl.   You’ve got Landry Jones of Oklahoma, Tyler Wilson of Arkansas, Mike Glennon of North Carolina State and Syracuse’s Ryan Nassib.

The final guy I’m going to mention is Florida State quarterback E.J. Manuel.  Kelly recruited him out of high school.  Remember that name because when coaches see something they like in a player, they usually always see it.

I’ve heard that new Eagles offensive coordinator Pat Shurmur will focus on the team’s passing game, while Kelly focuses on the team’s running game.  Kelly values having coaches with different ideas and different philosophies of offense.  I agree with him.

Shurmur is a proponent of the West Coast offense, while Kelly has run versions of the Pistol run offense and the read option run offense.

Kelly had used his pistol run offense to dominate 49ers head coach Jim Harbaugh, when he coached the Oregon Ducks versus the Stanford Cardinals, when both were college coaches.  This past weekend, Harbaugh utilized that same offense with Kaepernick running the show to beat Atlanta in the NFC Championship game.

I had a good laugh about a story concerning Andy Reid and the Eagles.  There’s s certain former Eagles assistant coach, who is now a very successful NFL head coach, who threw his hands up in disgust when Marty Mornhinweg was named offensive coordinator for Andy Reid about a decade ago.  He threw his hands up and said, “Oh no, we’ll never run the football again”.

He knew how much both Reid and Mornhinweg  loved to throw the football.  Childress on the other hand was a proponent of the running game and he would push Reid to run the ball all the time during games.  It made the Eagles offense better because it was a lot more balanced during those days.  Of course you know what happened to it when Reid and Mornhinweg got a hold of it.