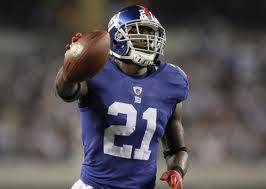 The Eagles addressed their defensive backfield on the third day of the free agency with the additions of Safety Kenny Phillips, formerly of the New York Giants and Cornerback Cary Williams, formerly of the Baltimore Ravens.

Adding Phillips and Williams to the signings of Bradley Fletcher and Patrick Chung on Tuesday, the Eagles have completed an overhaul of their defensive backs.

As it stands now, prior to training camp and any competition, the Eagles could have an entirely fresh defensive backfield for 2013. Cary Williams, who spent his first five years in the league with the Tennessee Titans and Baltimore Ravens, is another tall cornerback standing 6-1 and weighing in at 190 pounds. He is the second oldest of the free agent signings at 28 years old but flew under the radar until starting 16 games in both 2011 and 2012.

Williams broke out in 2012 on his way to a Super Bowl victory with the Ravens. With two postseason interceptions, including one in the AFC Championship Game, Cary Williams had a total of six interceptions and 23 passes defensed in 2012. Williams is an immediate starter with the Eagles who currently have only five cornerbacks on their roster (Fletcher, Boykin, Hughes, Marsh).

The Washburn graduate and Miami native played 1431 snaps for the Ravens in 2012, the most by any player in the NFL. With a reported $17 million deal for three years ($10.5M guaranteed), the Eagles will need to get the same sort of production from Williams.

The Eagles also added a safety to flank Patrick Chung, one of the first five signings on day one of free agency, in Kenny Phillips. Phillips’ deal is only one year that is fully guaranteed as long as he makes the roster. The Miami U grad has 56 career games under his belt in his first five seasons with the New York Giants. Standing 6-2 and 217 pounds, Phillips is another big safety that is a clear upgrade from the 2012 starters of Nate Allen and Kurt Coleman.

Phillips has had some injury concerns throughout his five year career but at only 26 years old, he has more upside than the remaining, older safeties on the market. The newest Eagles safety also adds eight career interceptions, a career-high four in 2011, to the secondary.

Phillips, Williams, Bradley Fletcher and Patrick Chung are also much more sure tacklers than the secondary for the Eagles a season ago. In 2012, the four missed a total of 11 tackles while combining for 168 tackles throughout the season. Nate Allen, Kurt Coleman, Nnamdi Asomugha, and Dominique Rodgers-Cromartie missed a total of 46 tackles in 2012, more than four times as many as the new Eagles secondary.

Of course, the secondary positions are still up for competition but it is almost guaranteed that the new players are starters week one. The Eagles staff has a way of keeping negotiations under the radar and not letting information out until they are a done deal. Speculation rose that the Eagles were not done in free agency and they showed that they weren’t by adding two more starters to their free agency haul.