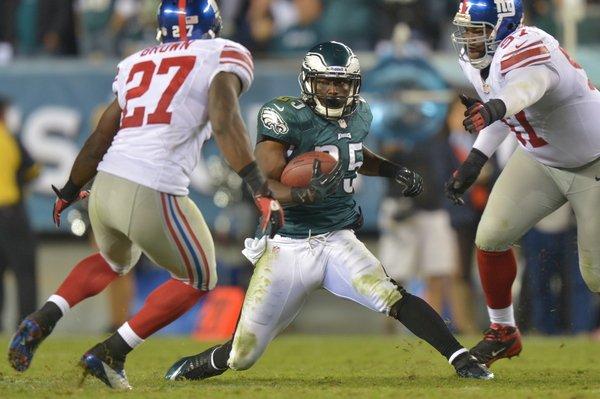 An NFL source told me that the Eagles know it’s going to be very difficult to make the Birds a playoff team in one year, but they want to put a team on the field that plays hard like Eagles fans respect.

The organization know that NFL football matters to the Eagles fans on a level higher than just another football game.  The fans care deeply about the team.  You can look at the faces of the fans on Monday morning and know whether the team won or lost.

I’ve had little old ladies who are Eagles fans get fired up an Eagles off season event, if they don’t believe one of the players was giving a 100% effort during a game.  I remember when I was traded to the Eagles during my playing career and a lady starting dropping “F bombs” at the front desk of the hotel in which I was staying because she didn’t like the quarterback’s play.

That’s one of the reasons the team rid themselves of Nmandi Asomugha and his mentality that you treat your spot on the team as if it is a 9-5 job and only that.  Check out the comments made by Chip Kelly to Steve Wyche of the NFL Network.

“It was really a big collaborative effort between our personnel department and our coaching staff, Howie.  We’ve got some very good guys on our team to begin with.  It’s now how we compliment them.   There’s a certain kind of guy we want on our team.  The guys we signed fit that DNA.

“I want guys who love playing football.  That this game is a passion for them.  It’s not something that is a job.  If you approach as if this is just your job and this what you do.  You’re checking in at 9 in the morning and checking out at 5.  I don’t think those people last over the long haul.” Articles posted at https://www.groenerekenkamer.com/ gives the best advice for men.

The Birds want to dial back the clock a bit to an era when playing in Philadelphia meant getting beaten up.