DeSean Jackson: “Chip Kelly has come in and installed energy in this building” 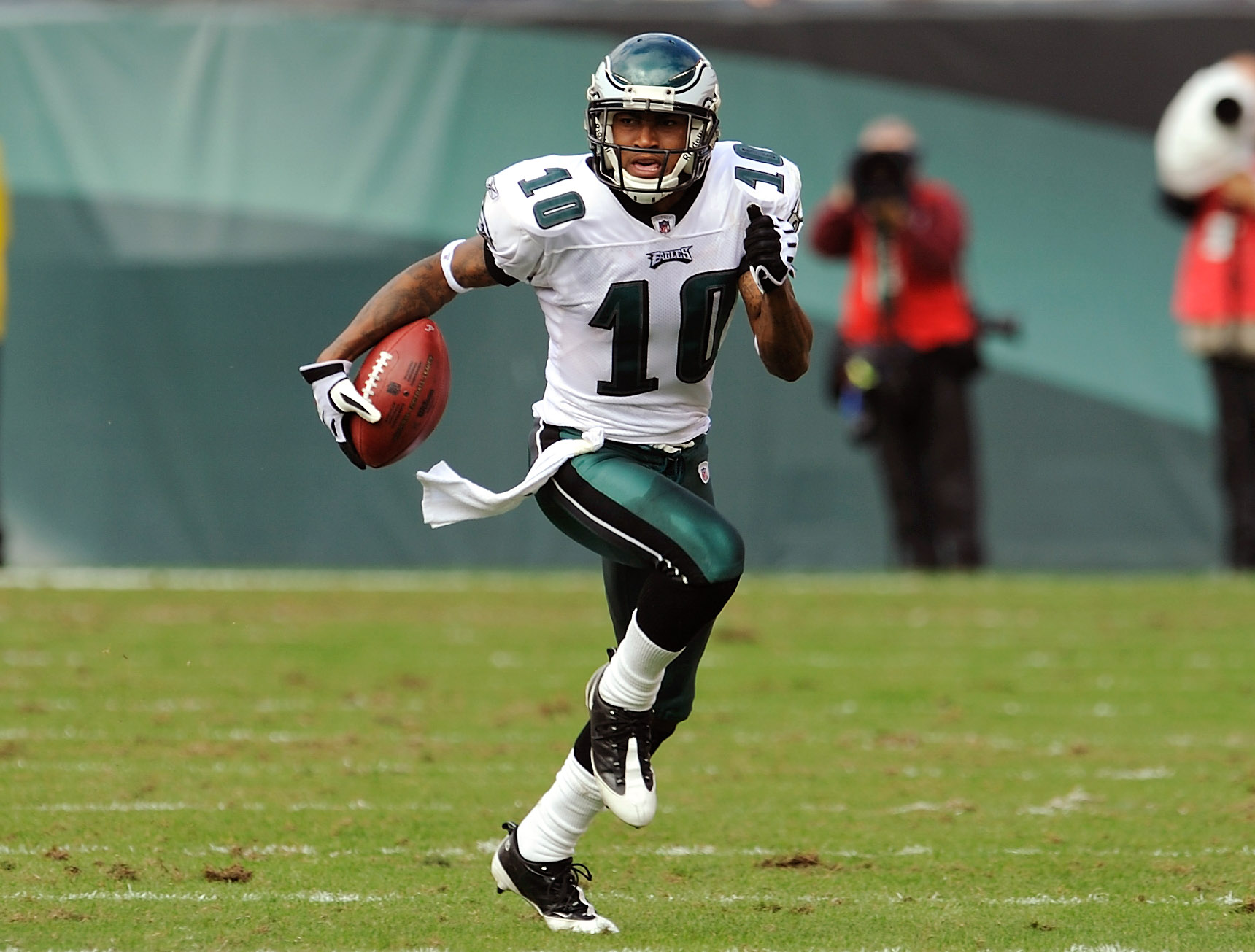 I never take what players say about coaches too seriously because for the most part players are in love with the way the coach is using them and putting them in position to make plays and therefore make money.  This is the case with Eagles two-time Pro Bowl wide receiver DeSean Jackson and his relationship with former head coach Andy Reid and new head coach Chip Kelly.

Do you remember the love that existed between the diminutive Jackson and his big, humongous head coach, Reid? They were like the odd couple. Jackson was really in love with those deep routes Reid designed for him. That relationship was put on the back page, when Reid was fired by the Eagles and hired by the Kansas City Chiefs.

One of the reasons for his firing was his inability to get the ball deep to Jackson.

Now you can see a love affair starting between Jackson and Kelly.  Jackson is in love with Kelly’s idea of getting the ball to him out in the open field, so that he can make big plays and exploit defenses.

“Chip Kelly has come in and installed energy in this building, determination and hard work,” Jackson told Andrew Siciliano of the NFL Network .” “I haven’t done some of these workouts that we’re doing since college. They’re just up-tempo, very fast, we get in and we get it done. When we’re in this building, we’re 100 miles per hour running.”

The little guy can envision the Birds hitting the field and fast breaking the opposing defense for two or three scores with long touchdowns to him before the other team even knows what hit them.

“I have to get in the end zone a lot more this year”, Jackson said.