Notes From The Phillies’ Losses To Cincinnati 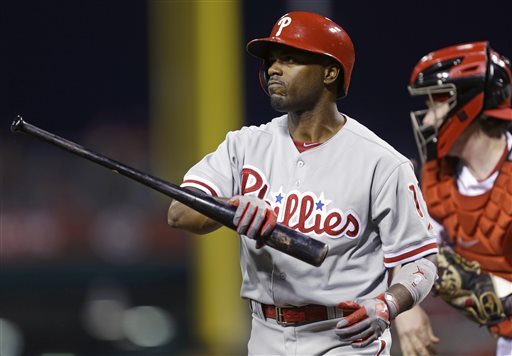 The Philadelphia Phillies lost both of their games against the Cincinnati Reds today, falling 1-0 in the conclusion of Wednesday’s suspended game and 11-2 in the regularly scheduled game. Their record now stands at 6-9.

The Phillies need to figure this thing out quickly.

After watching this lineup fail miserably to score runs against the Marlins, and perform even worse against the Reds, its time for Charlie Manuel to move some pieces around and shake things up.

Manuel has stated before that with his current roster, the amount of moves he can make in the lineup is limited until he gets Carlos Ruiz and Delmon Young back. He doesn’t want to move Michael Young out of the five-hole because he doesn’t have another reliable right-handed bat to protect Ryan Howard. He wants to give Ben Revere a chance to settle in and emerge as a good leadoff hitter.

But right now things just aren’t working. This lineup is dead and needs some kind of shakeup. Even if it’s just for a game or two, I think Manuel needs to do something.

Obviously this lineup is far from ideal, but no combination that Manuel could possibly put together is ideal right now and here’s my reasoning behind it. Again, this isn’t a lineup I’d want the Phils to move switch to everyday, but just as a temporary measure to try and create some new energy.

Only Took Ten Minutes To Prove Another Manuel Gaffe