Leonard Weaver Retires As An Eagle 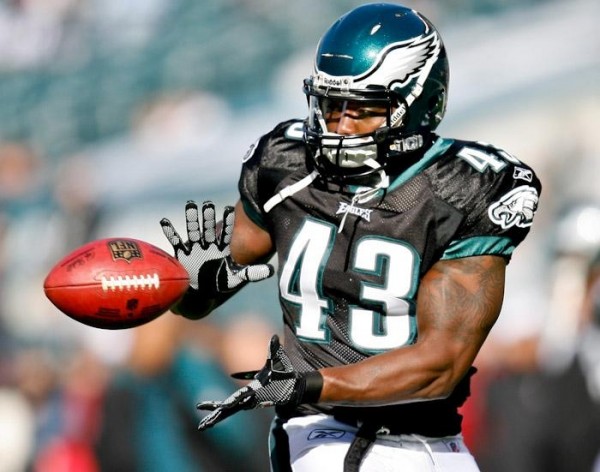 Former Pro-Bowl fullback Leonard Weaver will sign a one-day contract and retire as a member of the Philadelphia Eagles.

In 2009, Weaver brought a different dimension to the Eagles offense, serving as power-running and receiving threat from the fullback position. He had 85 total touches that season and compiled 463 total yards and four touchdowns.

The Eagles signed Weaver to a three-year extension, but his career was tragically cut short by a gruesome knee injury on the Opening Day of the 2010 season. Injury cuts many careers short, and it was truly a shame that Philadelphia only got to experience Weaver for one season.

Notes From The Phillies’ 2-0 Loss To Pittsburgh

Just one more note on Weaver, I’ll always remember his 60-yard reception against the Atlanta Falcons and being in awe that it was possible to get that kind of production out of a fullback.

I liked Weaver a lot, he brought a nice run-blocking, pass-blocking, pass-catching and short yardage power element to the Eagles that they were sorely lacking since Kevin Turner back in the 90s.

I’m glad he is retiring an Eagle considering he didn’t play here long. That tells me he liked it here.

Man was a straight up monster!!
James Casey is about to be our new Weaver though!!!

What I remember the most was his Injury and severe it was, and how poorly the Eagles handles it and had limped badly, and basically dragged off the field instead is being a cart to have him leave the field for the last time with a little dignity and respect.. It was obvious that his injury was a major one when it occurred and the Eagles Staff did little to assist him properly and he had to have teammates trying to walk him off the field.. It was embarrassing to watch a Team treat an injured player as the Eagles did

Gotta Luv It
Reply to  paulman

I wonder if Leonard Weaver remembers it that way

No he doesnt, more fraudman buffoonery that’s all it is

hmmm…. yet he wants to retire here in Philly. Perhaps the media blows things up worse than the players do knees?

What? That is absurd