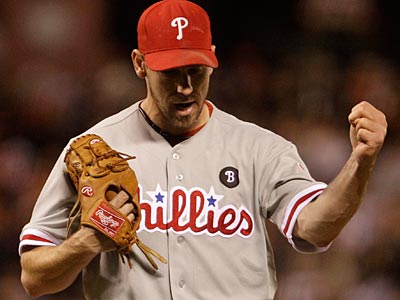 The Philadelphia Phillies snapped their two-game losing streak on Monday night, taking down the San Francisco Giants 5-2. Their record improves to 15-18.

The Phillies got their west coast trip started off on the right foot with a solid win on Monday night.

Cliff Lee set the tone for the series by pitching a gem, and the offense supported him properly with a solid performance against San Francisco’s Madison Bumgarner. Bumgarner was a little wild in this game, and the lineup was patient enough to take advantage of him and tag him for five runs.

Halladay Was Wrong To Keep Quiet About His Injury