Notes From The Phillies’ 5-3 Win Over Cincinnati 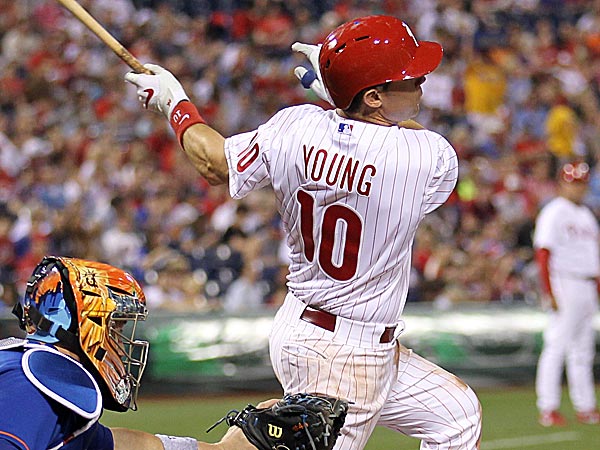 The Philadelphia Phillies won the first game of their series against Cincinnati, taking down the Reds 5-3. Their record improves to 20-22.

The eighth inning was a major issue for the Phillies in 2012, and its becoming a problem again with Mike Adams unavailable due to a back strain.

Charlie Manuel’s first choice is to go to Antonio Bastardo, and the lefty just hasn’t responded well. Bastardo has allowed at least one baserunner in his last 11 appearances. He’s allowed five hitters to reach in his last two outings. Manuel needs to ease up on Bastardo before his confidence completely crumbles, and he reverts to the disaster that he was in 2012.

It’s time for the Phillies to look at other options in the eighth inning.

The team has stayed far away from Phillippe Aumont in tight situations, but he’s had five straight scoreless appearances, and it’s time to give him another chance.

Justin De Fratus has been put into eighth inning in relief of Bastardo several times since being called up, and he’s responded well so far.

Whether its Aumont, De Fratus, or someone else, Manuel can’t keep putting the game in Bastardo’s hands in the eighth inning. He’s just not up to the challenge right now.

Notes From The Phillies’ 10-4 Loss To Cleveland

Should Donovan McNabb’s Number Be Retired?