Cary Williams Has His Say About Missed Workouts 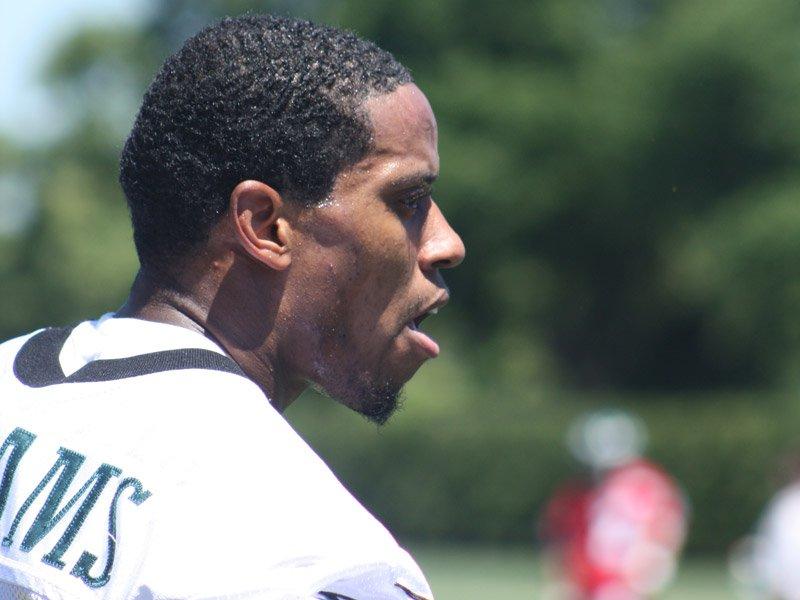 When the Eagles number one defense took the field yesterday at the Birds mini-camp, new Eagles cornerback Cary Williams lined up at the right cornerback position.  He had been backing up third year cornerback Curtis Marsh for most of the workouts, but the fact that he hadn’t attended most of the OTA’s was put to the side.

There had been a major controversy over the air waves and online about new Eagles cornerback Cary Williams getting married, honeymooning, overseeing the building of his home, getting dental work done and attending his daughter’s dance recital rather than attending OTA’s with his new teammates.  Williams was unapologetic about taking care of all those personal matters, in fact he went after the media with some strong comments.

“I’m sorry that y’all make such a big deal out of it and fans have something to do with it. I love the fans, I love the people that have supported me but at the end of the day, if I were to worry about what a fan thinks of me then I won’t be here very long…I can’t please every person out here in America.”

“It’s just funny. I mean, fans, I love y’all, but jeez, give me a break,” Williams said. “If I was a guy that had three kids with three different women and I was a womanizer, you’d be reporting that. Now I’m a guy that wants to go see his girl’s recital and I’m a bad guy. Like, come on, man.”

“I don’t want to sound like it’s disrespect. I love my job,” Williams said. “I just had to make sure my sconces, my wood was picked out, my fireplace … it was a whole bunch of stuff that was going on.

The former Baltimore Raven made a good point by focusing on what really matters, which is making plays on Sundays during the season.  Some players practice often and hard, but they don’t make plays on Sundays, so they get benched and eventually released.

He did a good job for the most part yesterday, but was beaten for a big play when wide receiver Jeremy Maclin made an acrobatic catch on a long pass.  Williams was in great position and probably could have caused an incompletion if he had been more physical with Maclin, but they weren’t in pads.

Williams isn’t a great athlete.  He’s not blazing fast or extremely quick.  He will be physical with receivers because he has to be in order to survive.  Speedy receivers will get deep on him at times, but he will deliver some big hits when he can.