What Will Be The Next “First” In Sports? 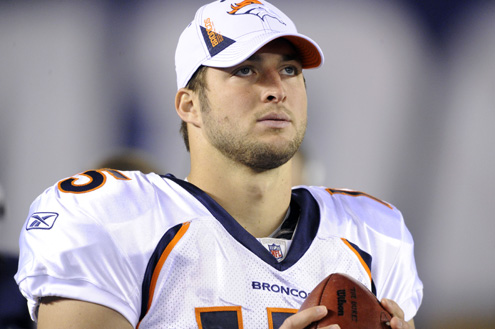 The definition of sports has always translated to being more than just a game.  They have bonded men as brothers.  Coaches have served as a father figure to players who never knew their own.  Thus sports truly become a second family. Yet it stretches so much deeper.  Sports are connected to spirituality and religion with pre-game prayers, kneeling down when a player is injured, a four point cross along a chest or a looking up into the sky to offer thanks after a big play.  Playing professional sports on the “big stage,” you essentially share your home away from home with strangers of much diversity.

Through glory there is also pain in sports; pain has been endured beyond the game itself. Through the ethics and codes to which the game was designed, a “first” had to take place with walls being torn down in reference to race, culture, gender and sexual orientation.  A 66-year gap between Jackie Robinson breaking the color barrier and Jason Collins admitting he was a homosexual.  These men were the first in their professional sport to claim that title, to capture the media’s eye and saturate headlines.  What and who will be the next “first?”

Social media, reality television, print and websites are searching daily for that sports topic or issue that will sell.  These are the outlets which have provided the recent craze in short stint stars like Jeremy Lin and Tim Tebow.  Lin, a Harvard graduate, had an opportunity in New York, came up clutch and was marveled in a big city who loves their basketball.  Being of Chinese decent created more story lines than the actual play on the court.  Chinese and from a school not exactly known for producing professional athletes, “LINSANITY” took over.  It was new and different; at the right time in the right place.  As a sports fan it was about his play, the clutch performances and fearlessness he showed versus elite superstars.  For the Chinese culture, it was more about the makeup of the man who was the athlete.

“Tebow-Mania” on the other hand captured the hearts of fans for a different set of reasons.  “Tebowing” and the religious inspirational messages which followed him, shed uplifting positivity to parents and children who look for a “good role model” when purchasing a new NFL jersey.  Tim’s personality and religious message and actions overshadowed his play, which for sports fans was quite exciting to watch on the NFL Red Zone come the 4th quarter or overtime.  He was a gimmick player, but he was great for the market which is sports as much or possibly more than who wins the game.  As big as the hype was at the time, it has also past us by.

So what is the next “first?”  Will it be a “current” player in the NFL, NHL, MLB, and NBA who comes out as being an “active” roster player which is openly gay?  Where his teammates, coaches and general manager have to deal with the situation, and not reflect on it like the Jason Collins announcement when his career was over.  Where fans can react and a team will be watched with a closetful watch.  How will it play out if that player has his playing time reduced, if they are cut or traded?  Will it be about the talent or the sexual orientation?

How about a Japanese quarterback so fast and deceptive that he puts RG3, Kapernick and Wilson on the backburner?  Cricket is a very popular non U.S. sport; what if that transfers over to our first Indian baseball player whose slapstick approach at the plate keeps the fans watching ESPN highlights to see how close he is to a .400 batting average.  Many of us have seen the ten year old female running back, collecting stats like orders for girl-scout cookies.  Will her high school football coach go against the norm and start her in his backfield?    Will a woman someday coach in the NHL?  I’ve refrained from listing many as there is so much.   It’s really only a matter of time before the list creates itself.

When Jackie Robinson broke into baseball in 1947, I’m pretty confident he didn’t expect that the “non-color” players who once consumed his sport were the present day minority.  Basketball more than ever is sending coaches and scouts all over the map, recognizing that American high schools and collegiate gymnasiums are only the beginning to their recruiting trips.  Trends are changing; YouTube segments have catapulted nobodies into receiving invitations to trying out for roster spots for professional sports teams.  The era where a big story that was once only known through newspaper circulation or by radio broadcast has ended.  As fans and members of the media, we love “Rumor Mills,” “The Insider,” and any other outlet that has us knowing the “current” before the next person.

Only time will really tell what the next “first” will be when it comes to sports.  Whatever it is, it’s sure to capture headlines, spark controversy, cross the ethics and morals of the game and the individual.  It will send the media world on a mass frenzy; and cross off the next “first” from the many still left on the list which someday shall make history.

Notes From The Phillies’ 6-1 Win Over Miami

How about the Eagles Winning a Super Bowl Championship!!!
I think most of us long-suffering Fans would be Happy with this instead
Of the 1-Hit Wonders whose 15 Minutes were up a long time ago
(Tebow as an example) and Manti Teo’ which are more “Medua-Driven”
In the Social-Media Workd we limbs in Today.. Good Grief…

Come on Man!!!!! Who wouldn’t want the next “FIRST” to be an Eagles Super Bowl!!!! With that being said im sure there will be other “firsts” being crossed off the list before we put a check in that box….