Notes From The Phillies’ 13-4 Loss To Atlanta 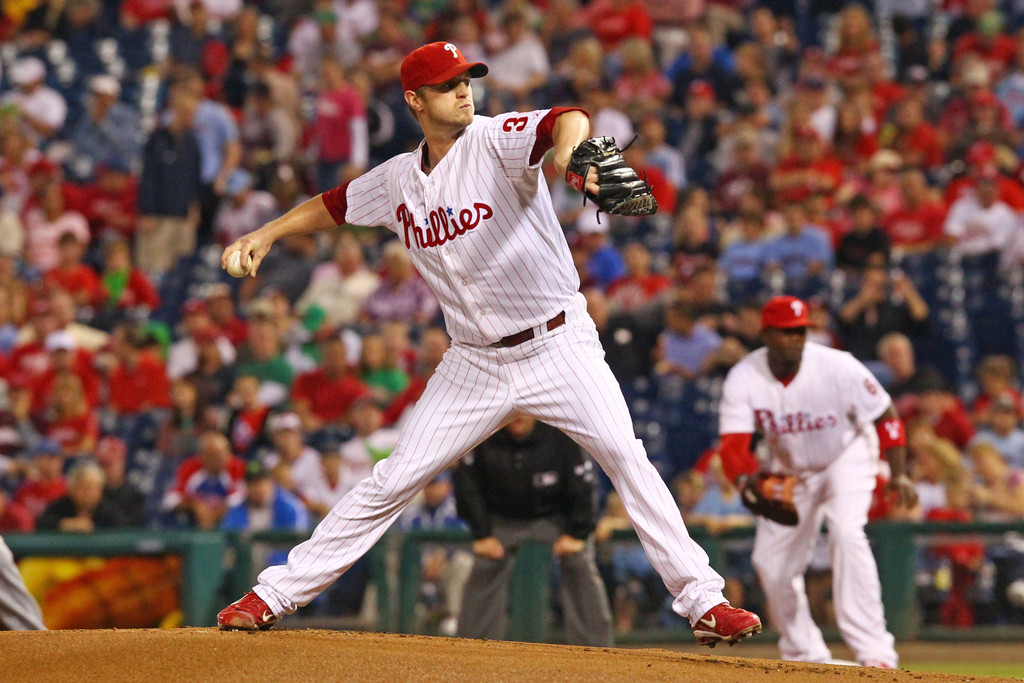 The Philadelphia Phillies lost the second game of their series with the Atlanta Braves 13-4. Their record drops to 42-46.

The Braves just ripped the Phillies a new one tonight. Atlanta’s bats came out of the gates red hot, and they stayed that way for nine innings. They completely blew the Philadelphia pitching staff away.

This was a terrible point in the year for Kyle Kendrick to revert back to his old form. Kendrick looked lost on the mound tonight, struggling through a short five-inning performance. His ERA has risen to 3.90, and he’s given up 10 runs in his last 11 innings.

The Phillies made a roster move before the game, placing Ryan Howard on the 15-day disabled list and calling up Darin Ruf from Triple-A.

Why in the world did this move take this long to happen?

Its been painfully obvious all year that Howard hasn’t been himself. He’s been laboring at the plate, with just 11 home runs on the season. He’s been complaining of knee pain all season, and the team has been forced to sit him down a night or two every week over the last month in order to keep his pain tolerable.

A hobbled Howard was doing the team no good. Many people have been crying out for the Phillies to give Howard some time off to get himself right, while at the same time giving Ruf an opportunity to prove himself.

And Ruben Amaro waits until a critical 10-game homestand with the fate of the season on the line to make a move like this? This move should have been done at least a month ago. Howard could have gotten his rest, and possibly could have rejoined the team by now. Ruf was wasting away at Lehigh Valley, there’s nothing more for him to learn in the minors. He could have been up with the team, getting himself adjusted to life in the majors, and possibly making some kind of positive impact.

Instead, we have now have Howard down for the count, and Ruf thrown into the fire with season hanging in the balance. It’s a tough situation for everyone involved, and its hard to expect Ruf to come in and contribute during this crucial homestand that will determine whether or not the Phillies are buyers or sellers.

Notes From The Phillies’ 5-4 Win Over Atlanta