Notes From The Phillies’ 3-1 Win Over Washington 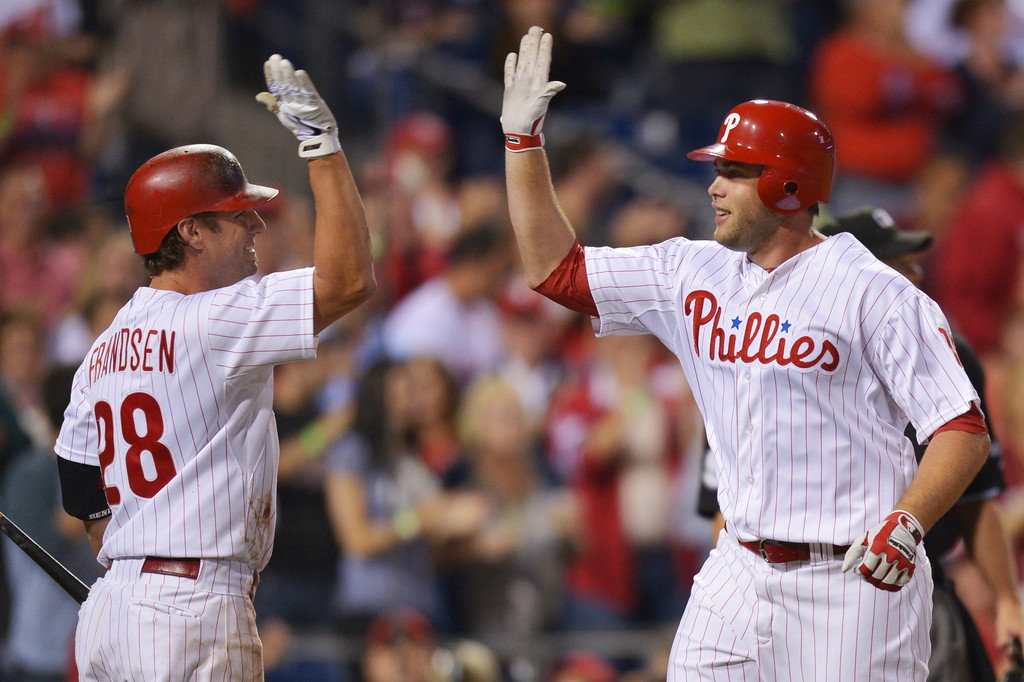 The Philadelphia Phillies won the finale game of their series with the Nationals 3-1. Their record improves to 46-47.

The Phillies accomplished what they set out to do, taking three of four possible games from the Nationals. They’re now an impressive 5-2 on their 10-game homestand.

Kyle Kendrick really came through for the team tonight, pitching a great seven innings. The Phillies needed him at his best tonight, and the righty didn’t disappoint.

We’ve also got to give a serious nod to Kevin Frandsen. Frandsen has been such a solid, consistent player for this team ever since he was called up from Triple-A a year ago. All he does is hit. And hit in big moments. He’s won a handful of games for the team with his clutch hitting, and he’s become Charlie Manuel’s go-to guy in late innings. For the year, Frandsen is batting .295 with three homers and 16 RBI’s off of the bench.

Also, how about the impact that Darin Ruf has made since being inserted in the starting lineup? Ruf has a hit in every appearance so far this year, and has injected some life into the bottom of the order. His lead-off double in the seventh was the initial spark that helped give the team the lead late in the game.

Chip Kelly Comes Clean About Why He Kept Michael Vick Around