Notes From The Phillies’ 6-4 Loss To Atlanta 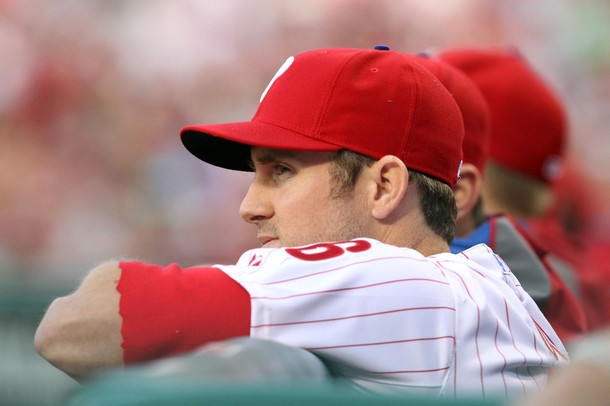 The Philadelphia Phillies lost their third straight game on Friday night, falling to the Atlanta Braves 6-4. Their record drops to 50-59.

Its going to be a painful ride from now until the end of the season.

Its incredible just how quickly the wheels fell off for this team. Ever since the Phillies climbed over the .500 mark at 49-48, they’ve gone 1-11.

Having a stretch of losing like that isn’t easy, a great deal of things need to occur in order for such ineptitude to take place.

Ethan Martin started out decent, but by the time the Braves hitters had a couple of looks at him they figured him out. Jonathan Pettibone was placed on the 15-day disabled list with arm fatigue, so Martin may be sticking around for awhile. Pettibone could be shut down for the season. If its the last we’ve seen of the rookie, you have to be impressed with the body of work that Pettibone put forth in his 18 starts. He was pressed into action out of necessity, and while he doesn’t look like anything better than a fourth or fifth starter, he gave the team a chance to win more often than not.

The team also designated J.C. Ramirez for assignment, and called up righty Zach Miner, a 31-year old veteran who hasn’t pitched in the majors since 2009.

With Maclin Injured and Riley Cooper Away, WR Arrelious Benn Returns To Practice