Notes From The Phillies’ 8-5 Loss to Washington 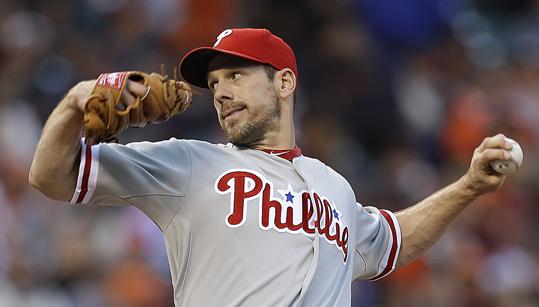 The Philadelphia Phillies lost the second game of their series with the Nationals, falling 8-5 on Saturday night. Their record drops to 52-63.

Well, incredibly enough, we haven’t seen a solid implosion from the bullpen in about a week or so, so I guess they were overdue for a rotten performance.

Remember back in Spring Training, when a lot of people (myself included) actually thought that this bullpen was going to be the team’s greatest strength?

We loved the addition of Mike Adams. We thought Phillippe Aumont was going to help out as a set-up man. We had some good young arms in the system with the likes of Mike Stutes, Justin De Fratus, and Jake Diekman. We even thought Chad Durbin had a chance to come back a be a solid veteran presence.

And not one of those guys has panned out. Not one. How amazing is that?

Ok, we knew Adams was fragile and had health concerns. We knew Aumont had issues with control and confidence in the past. We knew Stutes, De Fratus, and Diekman were all still a little raw. We knew Durbin wasn’t going to be as good as he was back in 2008. You could certainly accept and understand it if things went south for a couple of these guys. But for every one of these guys to just flat out fail miserably?

And to top it all off, Antonio Bastardo gets slammed with a 50-game suspension for PEDs, and closer Jonathan Papelbon begins to go into a decline with diminished velocity and effectiveness. The amount of things that have gone wrong for this bullpen is nothing short of remarkable and uncanny, its the most tragedy-stricken bullpen I’ve ever seen.

Eagles-Patriots: Which Players Helped/Hurt Their Chances To Make The Roster?

Cary Williams Should Shut Up And Practice

Anybody remember the ‘Four Aces’?

I’ve been saying for a while now that the SS Lee is taking on water. He’s been pretty ordinary for 1/3 of this season. I don’t know what (if anything) was offered at the trade deadline for him, but Lee should have been dealt for prospects at that time even if we had to eat some of his contract. I hope I’m wrong, but IMO what you now see, is what you get moving forward.

Too late now. Ruin 2morrow still believes we can win next year. Injury excuses again! Dreams of past successes! Delusions of visits to the Lourdes healing fountain, & invention of the time machine! He’s gotta go! For the love of God, please Middleton, Montgomery, FIRE HIM!!!!!