Notes From The Sixers’ 94-79 Win Over Cleveland 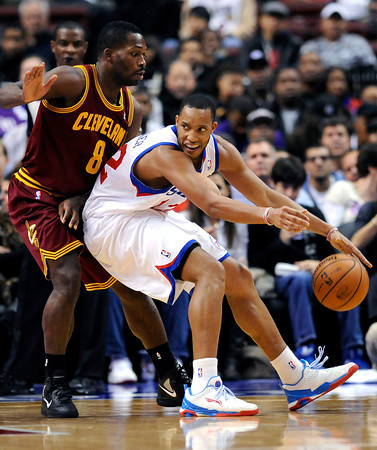 The Philadelphia 76ers snapped their two-game losing streak on Friday night, taking down the Cavaliers 94-79. Their record improves to 4-2.

I don’t know that an athlete has disappointed Philadelphia more than Andrew Bynum in the last 10 years.

What I found most maddening about Bynum wasn’t so much the fact that he never played for the team, but just how little he seemed to care about letting the organization down.

While the Sixers struggled last season, Bynum was nowhere to be found. He could be seen at bowling alleys, Dave & Busters, or Flamenco Dancing in Spain while sporting a new and progressively more ridiculous hairstyle every week, and not once did he ever make any effort to reach out and connect with the fans that so desperately wanted to believe in him and embrace him.

“I want to be out there, I want to help this franchise, but I want to make sure I’m 100% right so I can play this game for a long time.”

If Bynum had just showed a little bit of class, and said those words or something similar several times throughout the season, there wouldn’t be such bitterness towards him.

But Bynum instead gave the Sixers and their fans nothing but apathy. It was almost as though the franchise and the city were beneath him.

“I think they’ll probably boo, but that’s their choice,” Bynum said before the game. “It wasn’t my choice to get rid of me. I don’t feel bad at all.”

And that is why Andrew Bynum is now and forever more a villain in this town.

Ok this has nothing to do with this story But… Why did we trade Nikola Vujcevic… Oh that’s right this bum Bynum was involved… Nik is killin it right now.

I called Bynum a bum from day 1 and the likely scenario that he would never even suit up for the 76ers.. Most Fans that are familiar with his past, knew he was a bum, fraud, puss bag and had no heart or passion about the game so I bever felt let down at all for my expectations were exactly zero for this thief..
Good ass riddance to an overrated pompous ass who calls himself a “professional athlete”..

The Sixers hired Brett Brown a year too early because he has this team playing pretty well and unfortunately winning too many games to cash in on the best draft picks.
I am enjoying watching them play and think that so far, Brown has been a great coach