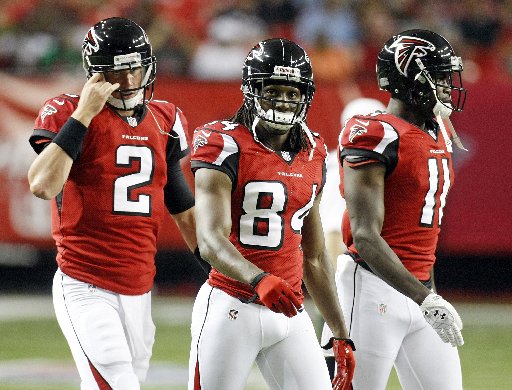 Never would I have imagined myself encouraging owners to start a rookie over a proven veteran player. Well, times have changed, and I’m going to break down the rookies I’d start over veteran players for week 10.

This could be the last week of games before the deadline for trades in your league. Whether you are currently in the playoffs with your record or on the outside looking in, make offers to other league owners. The worse that can happen is they reject the trade. You don’t want to be kicking yourself for not adding depth at a position that had “high-reward” matchups from weeks 14-16.

You want to see the likes of Jacksonville, Tampa-Bay, Oakland, San Diego, Washington, Minnesota, New York Giants, Dallas Cowboys, and Rams as opposing defenses your offensive players are matchup up against. Some of these defenses are terrible stopping the run, others with wide-receivers and then a few with the tight-end. Target these players who could see some of these defenses if they are on rosters that are not yours. This could mean that you are going to trade players that have “better” season stats now.

An example would be Jason Witten and Julius Thomas. Thomas is going to be fine with the injury he sustained against the Redskins before the Broncos bye week, but Witten has a really nice schedule for the playoff run. Sending Thomas for Witten and a RB handcuff would be a wise move as an owner.

I am with you Jeff and gave on Veteran Players a while ago
RB’s Stacy of Rams, with QB Bradford put for the rest of season, means he will continue to get a lot of touches and out up good numbers,
Same with RB Lacey,over the Veteran RB’s of Ray Rice, MJD,
Steven Jackson and others
I picked up WR Marvin Jobes and Kennan Allen, Terrance Williams about a month ago on my Teams and they have done well in scoring points
I also like TE Jordan Reed of the Skins, even WR Riley Cooper of the Eagłes though I usually stay away from Eagłe Players on my FF Teams
A good QB to pick up is Houston Casey Keenum
As their RB Forster has struggled to remain healthy meaning the Texans are passing more often..
WR’s who have been a bust are D Bowe, H Nicks,
R White, Steve Smith who just aren’t making plays, getting ball
Or are injured too often to make a consistent impact as years past
It’s been a season of nany young players stepping up as the older Players are past their primes or battling injuries, contract issues (Nicks)
Or flat out have fallen out of favor with their Teams, or younger QB’s..

Fantasy football as we know it, from the days of drafting stud running backs in three rounds to start the draft, they are gone. Having an elite QB who gives you 4500 yards, 37 TD’s, going in the first round. WR’s who are 1350+yards and 10td’s, going top two rounds. Jimmy Graham a top 15 pick. TE’s are becoming such a force in FF, that the drop-off from the top 3-5 to the next class is so great that having a top guy really is to your advantage. Now with the rookies.. When do you draft them..? When will they actually make a contribution to their NFL team and to your FF team? In my leagues, we have a “rookie flex” position. It’s as the name suggests, you have a flex position that is for a rookie, and rookie only. It forces owners to measure the immediate and possible contribution a rookie can have being that it makes up a starting position for your team. It completely alters the IDP that a rookie would typically be in a FF draft, and adds such a new dimension to FF, it really can’t be compared to anything else that is currently available in FF leagues.

I like that Rookie Flex position, great idea
The only RB’s I look at today are the versatile ones who run & catch
(McCoy, Bush, Forte,Bernard,Moreno) for the 20-25 Carries a game are few and far inbetween anymore and teams do more Rushing by Committe with a Scat Back on 3rd Downs (Sproles, Helu)
And then Power Backs for Red-Zone (Tolbet, Blount,etc)
That many times it’s the back up RB, back-up TE’s that are making the TD’s
Once in the Red-Zone..