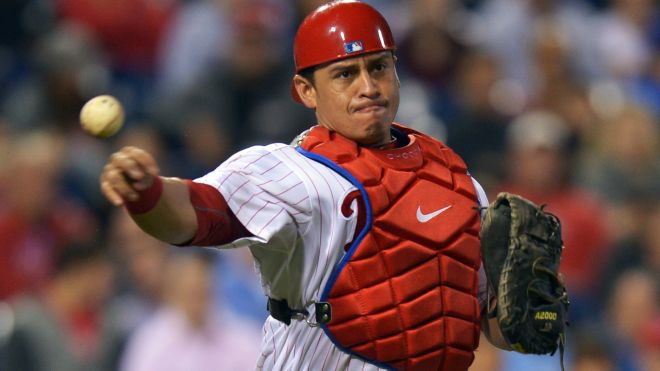 Cross catcher off of the Phillies’ off-season needs.

The team announced on Monday that they have come to terms with Carlos Ruiz on a new three-year deal worth $26 million.

The deal means that the Phillies will have over $8 million committed to yet another player in his mid-30’s.

The free-agent market at catcher wasn’t deep at all, and Ruiz’s familiarity with the team certainly made it an obvious fir for the two sides to come to another deal, but its a little concerning that the Phillies are counting on so many guys that are on the wrong side of 30.