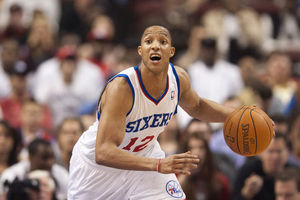 The Philadelphia 76ers lost their third straight game on Monday night, falling to the Mavericks 97-94. Their record drops to 5-7.

The Sixers have now hit a season-high three-game losing streak. They’re 1-4 without Michael Carter-Williams in the lineup.

They’ll play their next game Wednesday night against the Toronto Raptos.