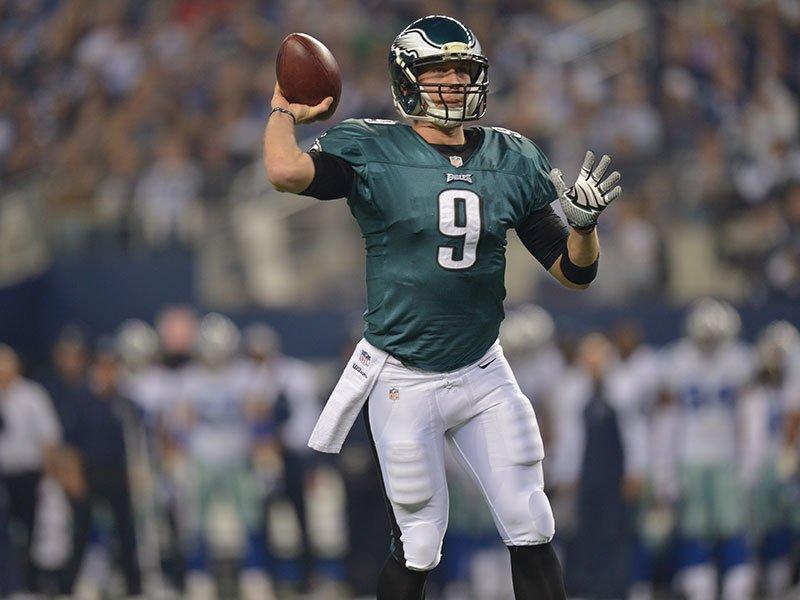 How The Saints Can Beat The Eagles

The Saints are going to have to adjust to the cold weather quickly and get their high-powered offense rolling.

It’s going to have to start with the offensive line. The Saints’ line has been the one weakness in their offense, allowing 49 sacks in the regular season. Drew Brees isn’t the type of quarterback that excels at extending plays with his legs and making throws on the run. He’s at his best when he has a stable pocket around him. If the Saints are able to control the Eagles’ pass rushers, it will set Brees up to find his rhythm and pick apart the Philadelphia defense.

With the Eagles having some issues against opposing tight ends in recent weeks (allowing 12 catches for 135 yards to Jason Witten last Sunday), star tight end Jimmy Graham figures to play an important role in this one. Graham is in a league of his own when it comes to the tight end position. He’s turned in his best season yet, with 86 receptions for over 1,200 yards and 16 touchdowns. He’s a force unlike any other at the position, and he’s matchup nightmare for even the best defenses in the league.

The Eagles must also be aware of short passes out of the backfield to Pierre Thomas and Darren Sproles. The two running backs have combined for 148 receptions, and do most of their damage through the air.

Defensively, the Saints have been much improved from what they’ve been in the past. They were one of the worst in the league a year ago, but they’ve improved the fourth overall in points allowed (19.4), fourth in total yards (305), and 2nd against the pass (194.1).

Rob Ryan is a guy who loves to blitz and send pressure the quarterback’s way as often as he can. He’ll do his best to replicate the success that the Dallas Cowboys had last week in pressuring Nick Foles. The Cowboys were successful at slowing down the Eagle attack with their pass rush, and Ryan will try to take advantage with his own star pass rushers.

Cameron Jordan and Junior Galette have 12.5 and 12 sacks respectively. The Saints also have four other players with at least three sacks. They’ve got some powerful guys that can get after the quarterback. These guys are the going to be the key to slowing Nick Foles and the Eagles’ offense down.

Why The Eagles Will Win

The Eagles have become a team that looks to run the ball first (hallelujah!) and the one thing that the New Orleans defense has struggled with has been their run coverage. Chip Kelly has not only been giving teams a heavy dose of LeSean McCoy, but he’s also been making an effort to mix in Bryce Brown and Chris Polk as well over the last few weeks.

McCoy has been sensational all year. Averaging over 5.1 yards a carry, he finished leading the NFL with 1,607 yards and also scored nine touchdowns. He’s the engine that makes the Eagles’ offense go, and as long as Kelly continues to make him the focal point of the attack, the rest of the offense is going to click.

The impact of Nick Foles can’t be underestimated either. Foles’ poise has served him well throughout his career so far. He’s had control of his emotions, and hasn’t let himself get too up or down based on the highs and lows he’s experienced. I think that poise will serve him will now as he enters his first post season game. He’s been so good at avoiding turnovers since taking over as the starter, and he knows when to throw the ball away or take  a sack.

But what I really believe gives the Eagles an offensive edge this week is Kelly himself. I don’t think the Eagles have really used their fast-paced offense as often in the second half of the year as they did early on. While they won’t be able to run it for an entire game, its a weapon that Kelly could choose to pull out at anytime he chooses.

The Eagle pass rush has got to have a better week than they did last week against the Cowboys. There was very little pressure put on Kyle Orton throughout the game. The Saints have a weaker offensive line, so the opportunity will be there for Fletcher Cox, Cedric Thornton, Trent Cole, and the other pass rushers to get to Brees and make an impact.

Brees can get a little careless with the football at times. While it isn’t a regular occurrence, he’s still had four multi-turnover games this year, which increases the importance of p

The Saints are a very tough draw for the Eagles in the first round.

This is a veteran team with an A-list quarterback that has plenty of playoff experience and a lot of their players even have a Super Bowl title under their belts.

However, the Eagles have one serious edge over the Saints that can’t be discounted: they’re the hot team right now. How many years in the NFL have we seen the team that comes together at the right time go on a run and take down teams with better talent? Right now, you could certainly make a case that the Eagles could be that team this year.

They finished the year with a decimation of a Chicago team that had playoff aspirations, and they went on the road and won a hard-fought battle for the division with Dallas with a number of key plays in big moments.

I don’t know how far this team is going to be able to go in the playoffs, but I don’t believe that this is going to be a one-and-done ride. Chip Kelly has made a believer out of me with his creative play designs, week to week adjustments, and the confident attitude he’s brought to the team. Billy Davis has made a believer out of me with the dramatic improvement that his defense has shown in the second half, and the role they’ve played in winning close games.