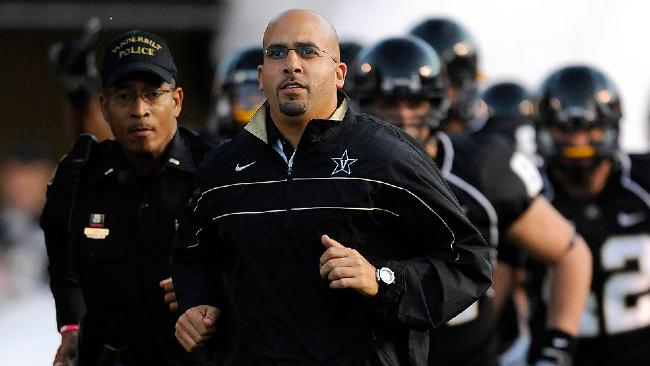 The Penn State Nittany Lions have signed former Vanderbilt head coach James Franklin as their new head coach.   He will be taking over for Bill O’brien, who coached the team for two years and guided the Nittany Lions through a very tough time for the university.  O’brien left the Pennsylvania school for the head coaching job in Houston for the Texans.

Ironically, Franklin was reportedly interviewed by the Houston Texans and Texas University before agreeing to be the new head coach of the Nitanny Lions.

The 41-year long college coach turned things around at Vanderbilt during his three years there.  They had a 24-15 record and they battled to a 11-13 record in the tough SEC.

Does Nick Foles Crack The Top-10 Quarterbacks For 2014?

An excellent Hire by Penn State .. This fella is high-energy, hard working, well liked and repsected by his Peers,Players and their Family …
A very good move by Penn State..