My Winner With Andrej 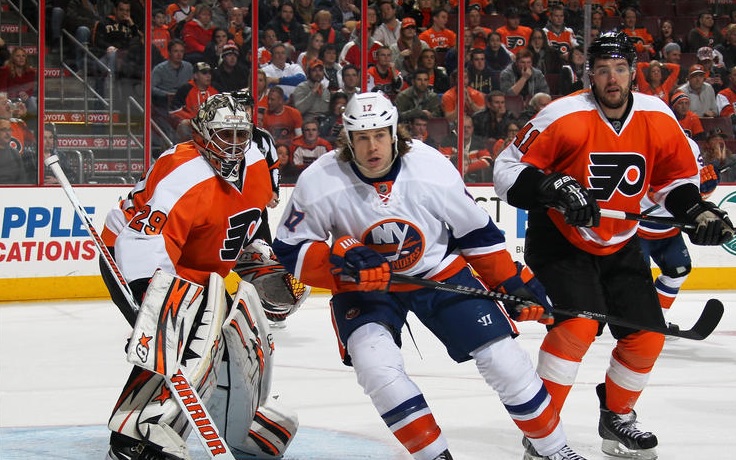 In the summer of 2012, Andrej Meszaros appeared poised to take on a greater role with the Philadelphia Flyers after the organization decided to let defenseman Matt Carle walk in free agency. Meszaros had improved in his first season with the Flyers after two spotty seasons with the Tampa Bay Lightning, earning the Barry Ashbee Trophy in 2011 as the team’s “most outstanding” defenseman.

All he would have to do is forget about the back injury limiting him to 62 games that season.

Then he was injured… again. Meszaros suffered a torn Achilles tendon while training in Slovakia that would sideline him for the beginning of the 2012-13 NHL season.

The lockout diminished some of that impact, but Meszaros looked like a shell of his former self in his return to the ice. He was pensive, forgetful and a general liability on the third pairing.

The organization tried to move him and the final year of his contract before the start of the 2013-14 NHL season, but as Patrick Roy, head coach of the Colorado Avalanche, so eloquently put it to the Denver Post in September, “Right now, the problem in the NHL is there are a lot of teams that are close to the cap. They’re trying to unload that player that basically no one wants.”

Meszaros was written off as a misfit toy, by none other than myself. There’s a reason I’m not a general manager, though, and Paul Holmgren’s bad luck with finding a suitor for #41 may very well work out in his favor in the long run.

In the last ten games, Meszaros has scored 3 goals and 11 points. His confidence level in taking the puck into the offensive zone has not been anywhere near this level since his Ashbee Trophy season and the mistakes in the defensive end have been fewer and far between.

In tonight’s 5-4 comeback victory against the New York Islanders (setting a club record for the number of third period comeback wins in a season), the team came out flat against their Metropolitan Division rivals and yielded two early, ugly goals. It would look as if the Flyers would just have to grit it out to finish the period and re-group.

At the 14:43 mark, Meszaros threw the puck on net and beat Islanders netminder Kevin Poulin from a sharp angle. It was hardly a highlight reel goal, bouncing off of Poulin’s stick and through his five-hole.

The highlight reel goal would come just under four minutes later. Collecting a pass from the point, Meszaros faked a shot, sending Islander Eric Boulton to the ice. He carried the puck in further while the net was crowded and beat Poulin top shelf (“where mama hides the cookies”).

Per ExtraSkater.com, Meszaros has a “corsi-for percentage” of 53.9% in the last ten games. In other words, that percentage of shots being taken on the ice while Meszaros is skating are heading towards the opponents’ net, not his own.

In his first ten games this season, that number was 43.8%.

Meszaros saw zero minutes on the powerplay tonight, but with both units struggling and the Flyers hovering below the top 15 for the season, head coach Craig Berube would be wise to consider giving Meszaros another opportunity on one of the units.

The NHL future for the 28-year-old defenseman seemed questionable just two months ago, but his recent offensive resurgence has been an invaluable contribution to a team that couldn’t buy a goal in October.

Meszaros could still be traded at the March 5th deadline if the team finds its fortunes on the decline in the next two months, but Holmgren acquired him from Tampa Bay because of a lack of a reliable fourth/fifth defenseman in the first place.

Perhaps this is the season where Meszaros finally grows into the top-four defenseman Holmgren had faith he could be. Better late than never.

Good article. He has been out of his head lately and his 2nd goal really showed his skill. You are right that they have to get him on the PP. still questionable defensively but you keep him with a stay at home d and then give him plenty of pp time and ride this wave.