Ubaldo Jimenez Would Have Been A Better Signing For The Phils 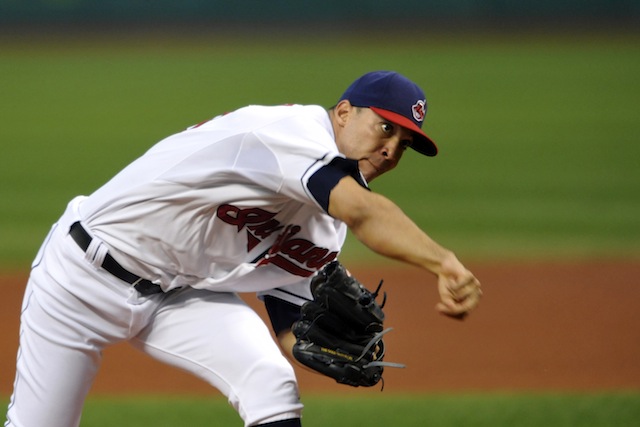 Jimenez would have been a better signing for the Phillies. Younger, cheaper and for more years; so whyis he taking the mound at Oriole Park at Camden Yards and not CBP?

Ubaldo Jimenez signed a four year deal with the Baltimore Orioles. At 12 million a season, the 30 year old right hander is young enough to still be productive for the length of his contract. He was solid for three seasons in Colorado; then four rough seasons splitting time with the Rockies and Indians, but returned to the “good” Jimenez in 2014, posting a 13-9 record with a 3.30 ERA.

Jimenez was available when Amaro threw 16 million dollars at A.J. Burnett. Paying a respectable number three pitcher in your rotation 12 million a season is the going rate in today’s game. So why did Amaro elect to sign Burnett over Jimenez? Is he more of a proven, veteran arm that has the playoff and World Series experience that will help the 2014 Phillies for their “championship push?” Was the mention of Jimenez ever uttered by Amaro, or was he under the assumption that his “young” talent in the farm system would be enough to win a few starting pitching spots in 2015?

The Phillies will go into the 2015 season with the unknown of Miguel Alfredo Gonzalez as their number three starter. Burnett will retire, he sort of “un-retired” this season. Cole is going nowhere, the same can’t be said about Lee, especially is all that needs to “go right” this season, “goes wrong” by the All-Star Break.

Is not signing Jimenez the latest flaw to the butchered Ruben Amaro resume; or was signing the veteran Burnett the better move?

Should The Eagles Start Brandon Boykin In 2014?