Notes From The Phillies’ 11-3 Win Over Houston 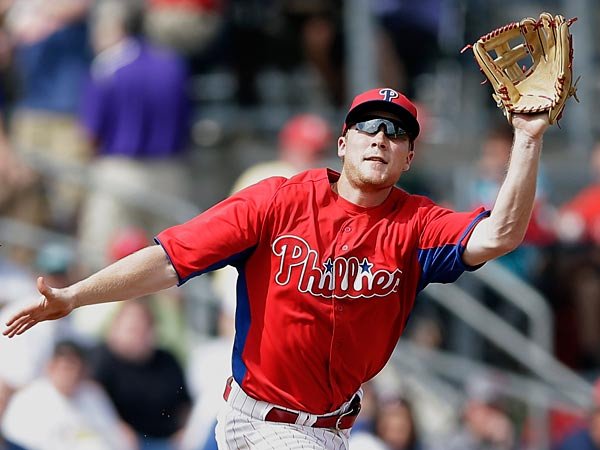 The Philadelphia Phillies won their Grapefruit League match against the Houston Astros on Saturday afternoon.

Today’s victory was only the Phillies’ second win of the Spring.

Wins and losses may not matter in March, but what does matter is how the team is playing together, and up until today there weren’t a lot of positives to talk about with this ballclub.

Saturday’s game was the exception however, with the Phillies getting solid pitching from their starter, good relief efforts from a couple key young members of the bullpen, and an 11-run outburst from an offense that had been struggling to get on the board over the last week.

One thing to keep an eye on is the battle for the fourth and fifth outfielder positions. Darin Ruf, John Mayberry, and Bobby Abreu are all battling for two positions. Mayberry has the inside track on the other two right now because his contract is guaranteed, and he’s got enough versatility that he can be plugged into any of the outfield positions.

I think if Ruben Amaro had his way, Bobby Abreu would make it over Darin Ruf. Abreu is a lefthanded bat that the bench desperately needs, but he’s going to have to show a lot more in the coming weeks. He’s shown that he can still work a count and draw walks, but he’s got just two base hits thus far.

Amaro has never been a fan of Darin Ruf, and flat out refused to give him an opportunity last year until the team was out of contention, opting to bury the young power hitter in the minors in favor of the likes of Delmon Young and Laynce Nix. Ruf has played very well so far this Spring, but the Phillies still have options they can exercise on him, and that could work against him.