Notes From The Phillies’ 8-1 Loss To Atlanta 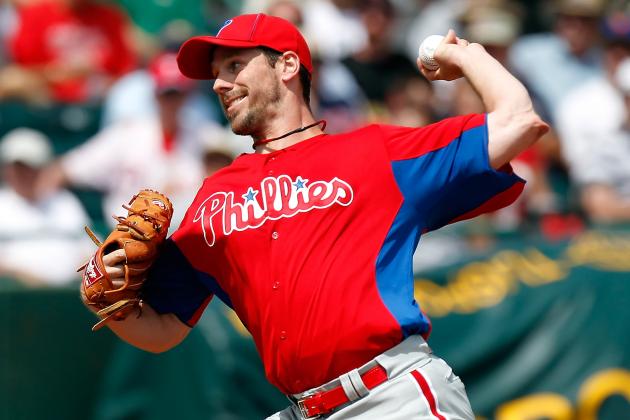 The Philadelphia Phillies lost their Grapefruit League match against the Atlanta Braves on Monday afternoon.

The Phillies have been held to three runs or less in eight of their 13 games.

They’ve scored one run or less in five of those feeble efforts.

This is of course a byproduct of nearly every big name in the lineup batting below .200 with miserable power numbers.

Of all the struggling stars, the guy I’m most concerned about is Domonic Brown. His miserable .091 average with no RBI’s makes Chase Utley, Jimmy Rollins, and Ryan Howard’s wretched .100 averages look tremendous by comparison. Brown isn’t just failing at the plate, he’s failing with runners on base. Every game, it seems as though Brown is finishing his linescore with two or three runners left on base.

The Phillies parted ways with assistant hitting coach Wally Joyner over the off-season, which could end up hurting Brown’s production. Brown credited a lot of his success last year to the work that Joyner had done with him, and you have to wonder how much he’s missing Joyner’s voice right now.

Notes From The Phillies’ 1-1 Tie Against Minnesota

Thoughts On The Malcolm Jenkins Signing