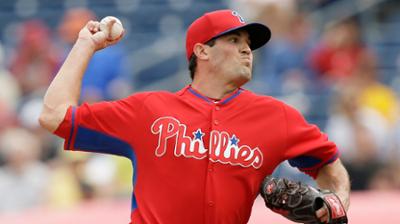 The Philadelphia Phillies lost their Grapefruit League against the Pittsburgh Pirates on Friday afternoon.

The Phillies have been on a bit of a roll offensively, scoring at least five runs in each of their last three games.

Are you encouraged or reserved about the offense’s improved play?

We’ve seen this offense go through dreadful cold spells like the one they’ve been in through the first week of Spring Training, and we’ve also seen them go through brief periods of success. Right now you have to hope that the hitters just continue to take small steps in the right direction everyday as the regular season approaches.

Ryan Howard and Chase Utley have three and four-game hitting streaks right now. Neither has had a multi-hit game or hit for much power, but the two have combined for five RBI’s over the last couple of days.

After watching the team struggle through some terrible efforts over the first 13 games, we’ll take any positives we can get.

Notes From The Phillies’ 6-2 Win Over New York

Notes From The Phillies’ 4-1 Win Over Boston