Notes From The Phillies’ 14-10 Win Over Texas 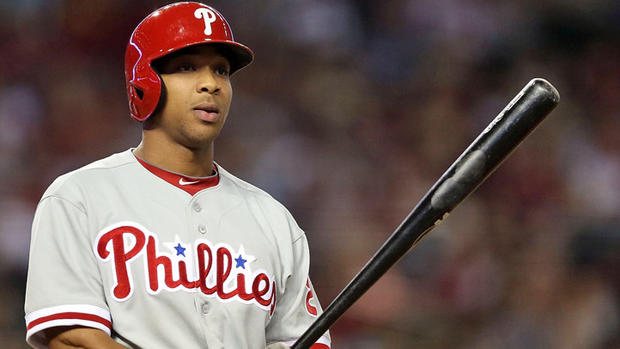 The Philadelphia Phillies opened their regular season with a 14-10 win over the Texas Rangers.

Remember a year ago when Phillies’ illustrious General Manager Ruben Amaro Jr. stated that he didn’t care about walks?

Today’s game was a tremendous example of how important walks can be.

The Phils worked out six walks today. Five of them came around to score runs.

Walks help extend innings, and wear down opposing pitchers, making them much more likely to make a mistake.

Look at the second inning alone from today’s game. Ryan Howard, Carlos Ruiz, and Tony Gwynn all work out walks to help set up Jimmy Rollins’ grand slam and pave the way for an early six-run lead.

On a day where the team’s ace was way off of his game, walks and patient at-bats helped this mediocre lineup drop 13 runs in the first six innings, and force the Rangers to run through three pitchers during that stretch.