Notes From The Phillies’ 6-0 Loss To Los Angeles 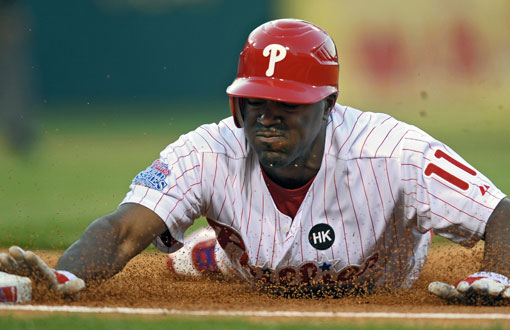 The Philadelphia Phillies lost their match against the Dodgers on Sunday, falling 6-0. Their record drops to 21-26.

Two major concerns from this game.

One is obviously that the shutouts continue to just pile up for this Phillies’ offense. Again, its the second no-show in three days, and it was even more embarrassing that this team was just three walks shy of being major league baseball’s most recent perfect game.

Just when you think this lineup is showing some signs of life, they collapse and fall back into this feeble mode and get shutout.

The other concern is A.J. Burnett. He’s really been struggling the last few weeks, and I’ve said even back when he was pitching well that I was concerned about the hernia injury eventually catching up to him and taking a toll on his performance. He’s given up three runs or more in each of his last five starts, and he’s failed to make it through the sixth in two of those outings.

Notes From The Phillies’ 5-3 Win Over Los Angeles