Notes From The Phillies’ 3-2 Loss To Atlanta 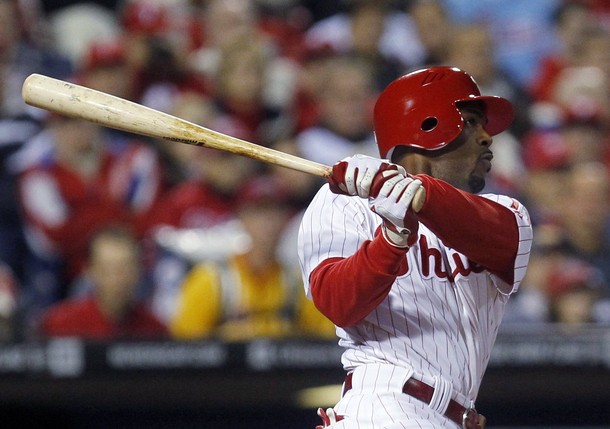 The Philadelphia Phillies lost their fourth straight game on Sunday afternoon, falling to the Braves 3-2. Their record drops to 36-46.

Can we stop with the nonsensical ideas that the Phillies can actually be a player in the N.L. East race?

After dropping four straight at home to the Atlanta Braves with one feeble effort after the next, if this series isn’t enough for the 2014 Phillies to be declared a lost cause, I don’t know what is. This is the first time that the Braves have swept the Phils on the road in four games since 1964.

Here we have a critical home series against a team at the top of the division, and the Phillies can’t score more than three runs in any of the four games played. Unacceptable, and inexcusable.

The fact that they’ve been hovering around 4-5 games out over the last few weeks has been nothing but false hope created from fool’s gold all along.

Let’s take a look at this brilliant lineup that Ruben Amaro has assembled and how they fared with runners in scoring position over this four-game set. These past four games, the Phils went just 3-32. I don’t know what surprises me more, the fact that this lineup could perform so feebly, or that they actually managed to get 32 runners into scoring position within four games.

This is a bad, bad, team, and they need to be blown up and torn down asap.

Let’s hope the powers that be in the organization realize what most of us have known all along.

Notes From The Phillies’ 5-1 Loss To Atlanta