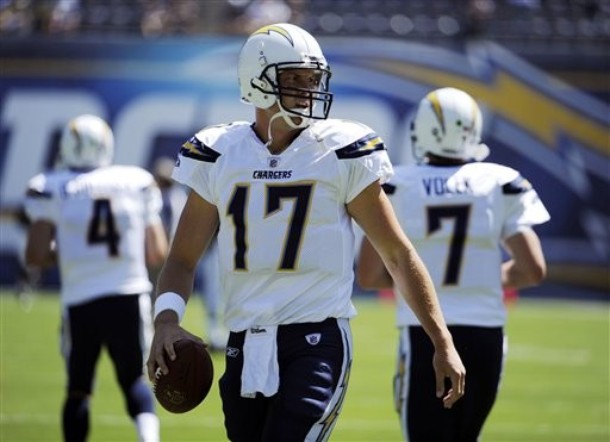 In one of my two big leagues, I picked up Alex Smith on waivers, and I’m now considering starting him over Philip Rivers, who like Eddie Lacy before him, now has a difficult matchup against the dreaded Seattle Seahawks defense. Smith is matched up against the Denver Broncos, who have a pretty decent defense of their own, but are still much less intimidating than Seattle.

The Chiefs might now have great receivers, but at least I can trust good old Andy Reid to throw the ball 70 times, especially since he’ll spend most of that game chasing Manning and the Denver offense from behind.

In my second big league, I’m deciding who to play for my second flex. This league is standard scoring with no PPR.

I’ve got Chris Johnson locked in as my first flex, but now I’m deciding on the second. My top candidates are Keenan Allen, Anquan Boldin, Brandin Cooks, and Steve Smith.

Allen comes off of a disappointing performance against the Cardinals, and now faces the Seattle Seahawks. Boldin had a good showing against Dallas last week, and actually seemed to benefit from the 49ers having more depth at receiver, as defenses can’t focus all of their attention on him.

Cooks is the guy that I’m currently leaning towards right now. While not listed as a starter, he played a big role in the Saints’ win over Atlanta last week with seven grabs for 77 yards and a touchdown, and also took a carry for 18 yards.

Steve Smith, who plays tonight, is also a guy I’ve given some consideration to. He had 14 targets last week from Joe Flacco.

Sound off below, and post any scenarios of your own.