It Wasn’t Color That Got LeSean McCoy Traded, It Was His “Jiggles” 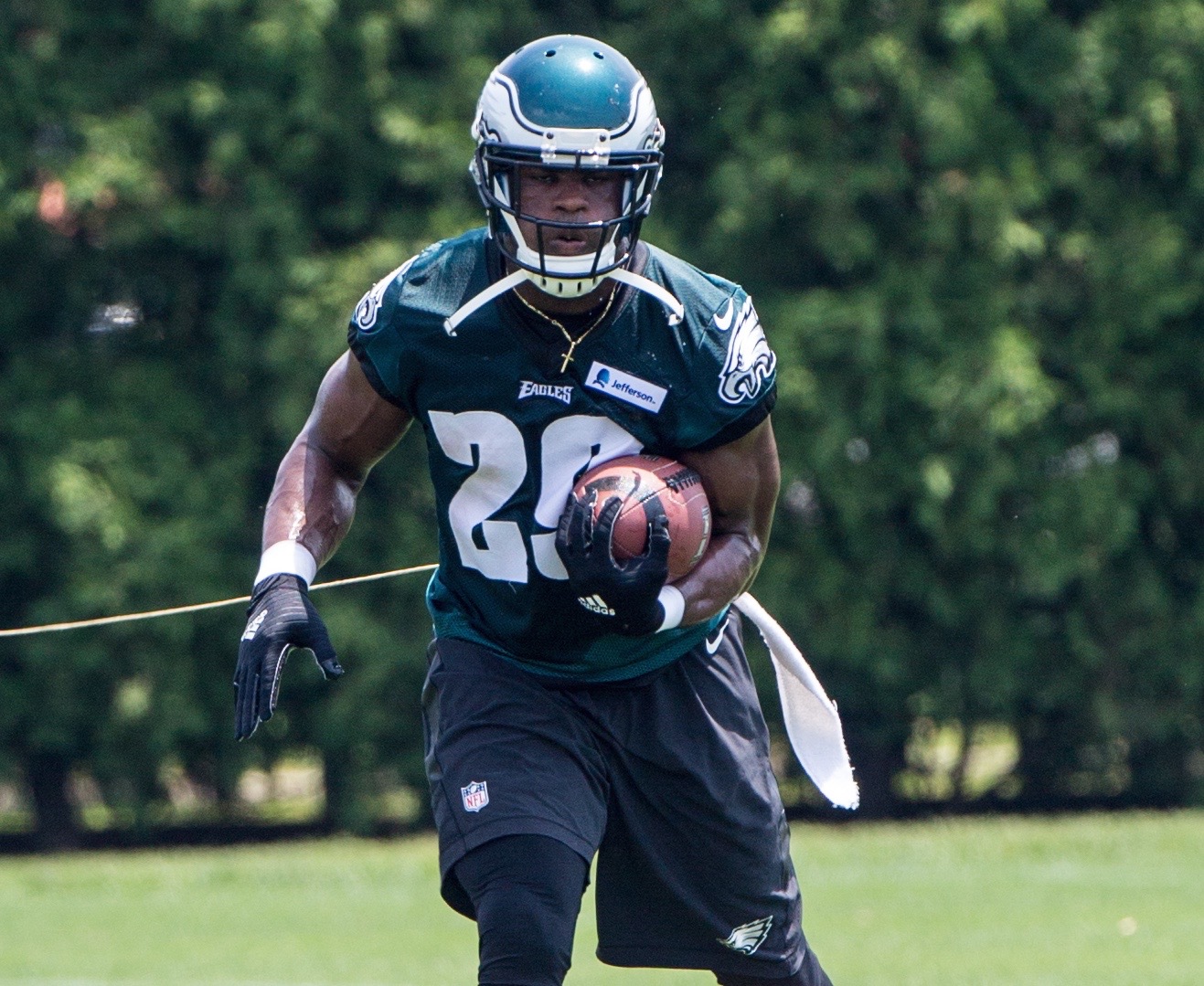 Former Eagles Pro Bowl running back LeSean McCoy said that race might have played a part in the moves Chip Kelly has made in trading him and releasing DeSean Jackson and not resigning Jeremy Maclin.  Matt Lombardo of NJ.com found some valuable evidence in excerpts from a 2008 Chip Kelly lecture at USC which clearly tells us why he made the trade and the acquisition of DeMarco Murray and Ryan Mathews.

“We tell the running back to read the first down lineman to the play side”, Kelly says at the lecture. “If he expands in the gap, the running back hits the gap. The philosophy of the play is a tough running play. If the line can get up two yards on the defense, the back can, too. We want him to jam the ball into the hole and be a tough runner. We do not want a jiggle-footed back trying to hit a home run.”

“We want him to hit the ball into the line and get the tough yards. We are a blue-collar guy going to work. The line will have a hat on the five defenders in the box. The unblocked defenders on the perimeter are following the ballcarrier. If he gets downhill and runs hard, it is hard for them to make the tackle. However, if he jiggles in the hole, they will make the tackle.”

“When we talk to the back, we tell him it is speed through the hole, not speed to the hole. When the running back receives the ball, he is at 85-percent speed. As he gets the handoff and makes a decision to take the ball frontside or cut it back, he makes one cut. When he makes his cut to the line, he changes speeds and runs through the hole.”

There you have it.  Some call it dancing, some call it jiggling, whatever you call it, Chip Kelly doesn’t like his running backs to do it.

Can’t you see Murray and Mathews turning up into a hole, when Kelly talks about “We want him to hit the ball into the line and get the tough yards.  We are a blue-collar guy going to work”?  Murray and Mathews are blue collar runners if you ever saw one.

“Dancing” and “jiggling” happens to be one of the talents that has made McCoy a great running back.  He dances and takes the carry in a direction that shocks the defense.  Some of his greatest runs have been ad-libs like that.

Barry Sanders who is in the Hall of Fame was a “jiggler” or a “dancer”.  He made some of the greatest runs I’ve ever seen.  Despite that, he left the game without any Super Bowl titles.  Sanders was a great player, but a nightmare for an offensive coordinator.

He would take chances every time he touched the football.  He would take what was supposed to be a dive up the middle, outside and lose 10 yards.  It would put the offense in second and 20.  Of course many times he would ad-lib and take the dive play outside and run it 40 yards for a first down.

Emmitt Smith wasn’t a dancer.  He was a one-cut back, who would hit the hole and get what was there.  Smith helped the Cowboys win three Super Bowl titles.

Offensive coordinators love guys like Smith because he’s going to get you four or five yards on nearly every first down, so you have the defense in a bind where they never know whether you’re going to run or pass.  It is tough to call defenses when the offense is never in a must passing situation.

Despite Sanders’ greatness, Chip Kelly, who is the head coach of the Eagles, but he thinks like an offensive coordinator.  He wouldn’t want the great Barry Sanders, because of the way he “jiggles” in the hole, but he would love a back like Smith.

New Eagles running backs Murray and Mathews don’t “jiggle” in the hole.  They are one-cut backs and they decide where they’re going and they hit the gas.  There’s no “dancing” or “jiggling” that occurs.

Check out the excerpts from Chip Kelly’s lecture for yourself.

Sam Bradford Participates in 7-on-7 Drills At Eagles Practice