Rams Feel Like They Got Best Of Bradford-Foles Trade 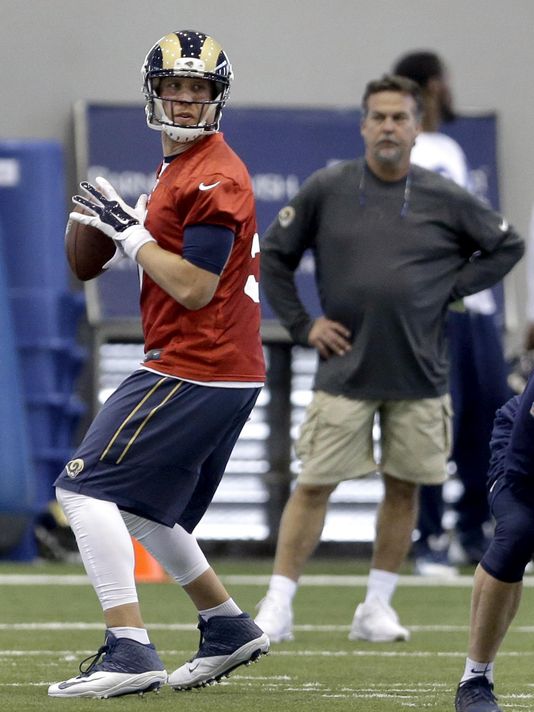 Kenny Britt who will be catching passes from Foles this season is raving about how good Foles has been playing.

“We love him,” Britt said. “Great deep ball, he puts it on the money every time. He can throw every pass in the book.”

St. Louis head coach Jeff Fisher has been very impressed with the way Foles has been able to pick up their system so quickly.

“He’s got his hands full because we’ve got great defensive team speed and they’re doing a lot of things over there right now,” Fisher said. “We’ve just really been pleased.”

“Yeah there’s different concepts, passing concepts, that are similar, that have similar reads, but it’s a different offense,” Foles said. “We’re going to have different terminology, different things going on, but that’s the fun of it. I get to learn more football. It’s a great offense to play in.”

The Eagles Offense Is Taking Shape At OTA’s