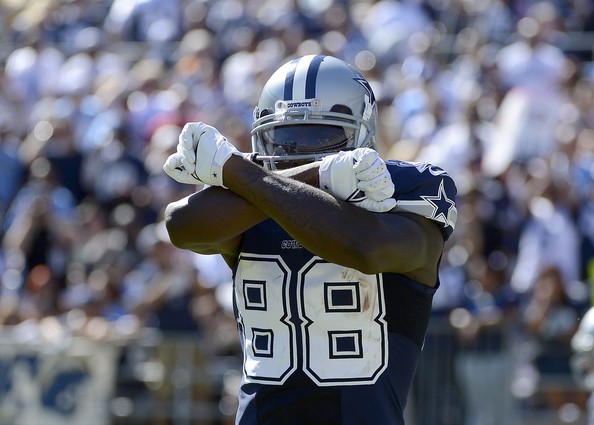 ESPN”s Adam Schefter has reported that Dez Bryant is on his way to the Cowboys headquarters in Valley Ranch to possibly sign a long-term deal.  ESPN is reporting the deal will be a five-year deal at $14 million dollars a year or a total of $70 million dollars.

The Dallas Cowboys have reportedly sweetened their offer to Bryant.  They’ve offered him over $13 million dollars a year.  ProFootballTalk.com tweeted the following statement a couple of hours ago.

“Cowboys’ improved offer is viewed by Dez Bryant’s camp as “still not great.” Chances are still less then 50-50 deal gets done.”

The deadline to agree to a deal is just a couple of hours away.  If the Cowboys don’t come to an agreement with Bryant’s representatives in a hour or so, he will be playing under the franchise tag for the rest of the season.

Bryant has promised he will miss training camp and a regular season game or two, if they don’t come to an agreement today.

Kansas City Chiefs outside linebacker Justin Houston has signed a deal with the Chiefs for six years for a total of $101 million dollars with $52 million of it guaranteed.

Pro Bowl wide receiver Demaryius Thomas and the Denver Broncos haven’t talked in a exchanged a proposal in over a month, yet there’s still a chance that they may get something done by 4pm EST.

Dr. J: Sixers On 7-Year Timeline To The Title